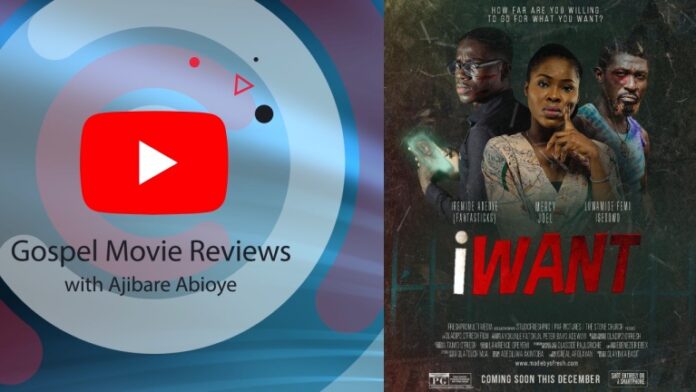 Hey folks! You’re welcome to the first review in 2022 as we take a look at iWant, a fantastic movie produced by Oladipo O’Fresh. It tells the story of Bukunmi, a talented chef and singer who was in a way, pressured into believing that an iPhone was the missing rung on his ladder to success.

First off, iWant uses music brilliantly to shape what the audience feels at different times. The song selection is remarkable because it’s not limited to the movie’s cool original soundtrack, but extends even to free non-copyright ones. It’s a good example of how gospel movies don’t always have to produce only one soundtrack which is then used repeatedly over the course of the entire film. This usually results in boring movies as the same tune is used in different scenes with tension, laughter, sorrow, anger and other emotions. iWant on the other hand goes further to do a character signature tune for Abana’s crew, which was really nice. So, it’s a big musical thumbs-up for iWant.

Another remarkable feature of this movie is the excellent performance of its actors. Led by Iremide ‘Fantasticks’ Adeoye, who also plays the self-acclaimed No 1 in his titular movie, every artiste seems to have natural relationships with one another that strengthens the story as a whole.

Oladipo O’Fresh is a guru smartphone filmmaker and you couldn’t tell iWant was shot on one; the picture quality here is superb. The cinematography is also very good, highlighted by a 96-second long take of Bukunmi and Sola, as well as a brilliant time-lapse establishment shot, though it was overused in my opinion.

There’s something the producers of iWant did that impressed me greatly and that’s the Parental Guidance tag. This shows a consciousness of its direct approach and a consideration for the audience. As far as I know, it’s a first of its kind among Nigerian gospel movies. So, viewers have a caveat that shapes what might be their expectations going into this movie which would prevent avoidable offences. 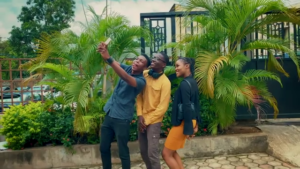 My takeaway from iWant is that God’s promise to fulfil the desires of our hearts is not a blank cheque to satisfying whatever want we think we have. As Psalm 37:4 says, God will only do so when we’ve delighted ourselves in Him. He then shapes our hearts to want the things He desires, and so, we pray for and pursue only things that are pleasing to Him.

The third act of this movie resolves its main conflict but also raises one or two new ones that may leave the door open for a sequel, if need be. All in all, iWant is a good time watching and teaches dependence on God in everything, even in the so-called little matters.

Alright, we’ve come to the end of this review. Have you seen iWant? What did you learn from it? Please let me know your thoughts in the comments section below. You can watch it below.

In my assessment, the number of views on his madebyofresh YouTube channel does not do his high-quality skits and movies justice. So, please check out other videos on the channel. Thank you!

Below is link to the movie:
https://youtu.be/exLzhTp2vRQ

I added graphics to photography to make me stand out –...

Shola Mike Agboola to minister in Abuja this week