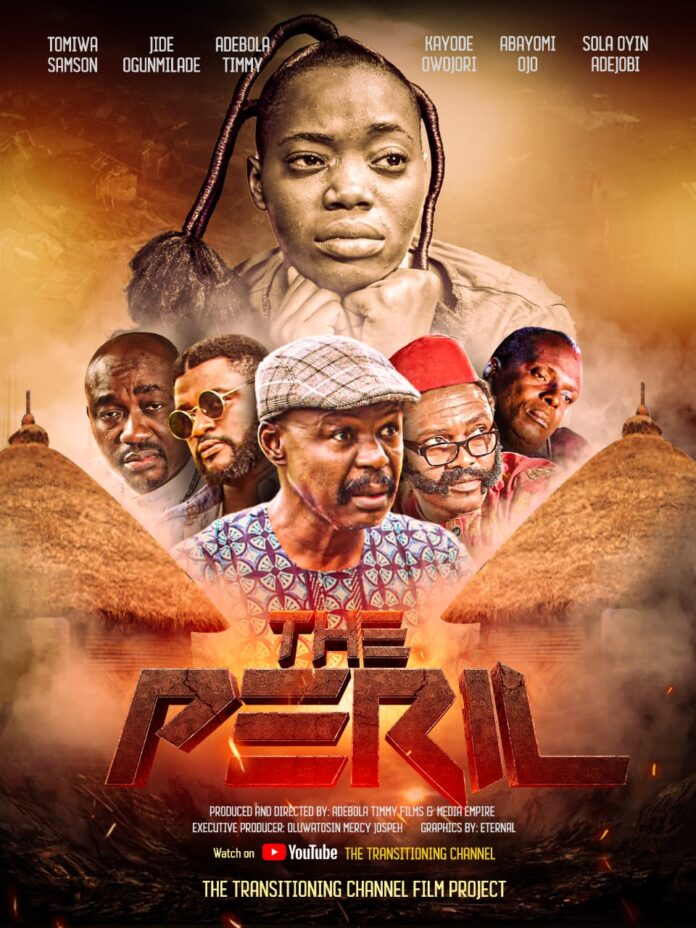 Another fantastic movie entitled ‘The Peril’ is a movie series by The Transitioning film Channel which is full of humor and laced with life lessons, Gospel Film News learnt.

The movie according to Adebola Timmy will surely make viewers laugh and at the same time will bless lives.

The Season one has enjoyed a level of viewership ever since released and testimonies have followed suite.

The movie tells the story of Korede, a young man from a poor home who falls in love with Modupe the daughter of a very disciplined chief. It became a tug of war between both families. A serious battle ensued in a bid to prove supremacy.

Adebola added that the story also reflect a stingy Elder Fidelis who never stops being a thorn in the flesh of the reverend and the American returnee who became a talk of the town and the troublesome Deborah who goes about insulting people and slapping those she could lay her hands on.

“This series is loaded with great content that will bless lives, it is a transitioning channel film project which is Packaged and Directed by Adebola Timmy,” the director stated.

Below are links to watch each of the episode:

“In Stewardship, Even When Your Leader is Wrong, You Don’t Talk...