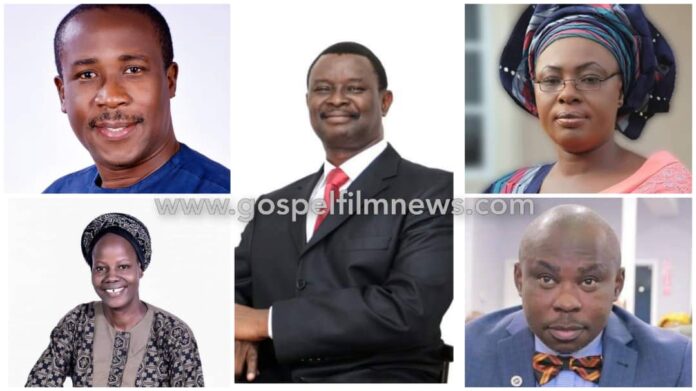 In a bid to gather power, strength and gain spiritual balance, all association comprises of drama ministers and gospel movie makers across the globe will be starting a joint prayer and fasting this month.

This was announced recently in a Statement signed by ANCEDRAM Board Of Trustee Chairman, Evangelist Mike Bamiloye and obtained by Gospel Film News. 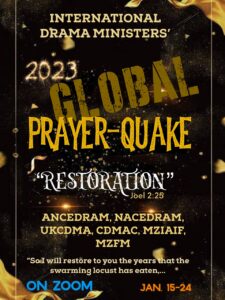 Global prayer quake is a gathering of drama ministers from many countries to raise prayer altar for the restoration of his grace and power over lives and ministries, Gospel Film News gathered.

International drama ministers prayer quake, according to Bamiloye is no longer the work of only one association prayer warfare and intercessions, it has become a spiritual assignment of a global dimension.

“The Lord showed the revelation through ANCEDRAM, but the instruction from the Lord is for ANCEDRAM and all the sister international association connected to Nigeria. 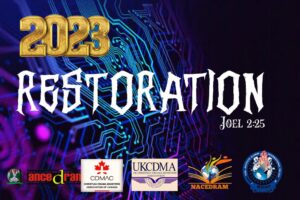 “Therefore, it has become a call for global prayer quake for the restoration of his power and grace upon all drama ministers connected to ANCEDRAM, NACEDRAM, UKCDMA, CDMAC, DMAI, MZIAIF and MZFM and all other drama ministers that would be interested in tapping from this covenant of Grace and power,” he stressed.

The Press Release unveiled that the prayer and fasting will start this January for 21days of prayers and fasting and the last 10days prayers will be held online on Zoom for 1hour and there will be prophetic declarations from 12 midnight to 1am and the following months February to December the fasting and prayer will be for the first 7 days of the months and the prophetic declarations shall also hold in the last three days of the 7 days, and the prayer points for each fasting and prayer days shall be supplied by the prayer directors of each of the association for their own members and forwarded to them monthly.