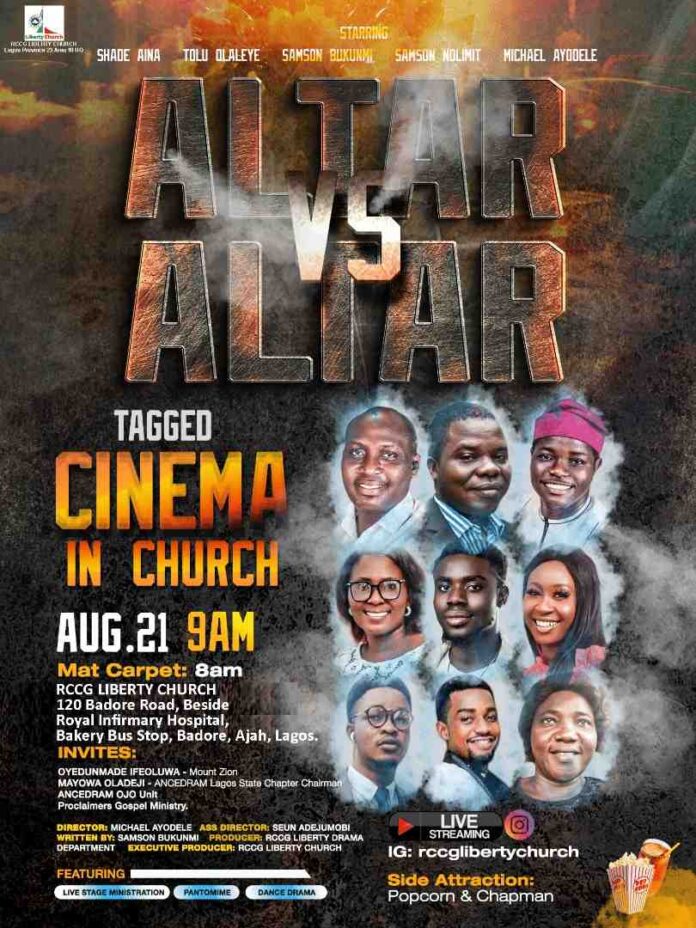 The Redeemed Christian Church of God Liberty Church is taking drama to another level as it’s set to stage a powerful drama.

The stage drama is titled “Altar Versus Altar” and will be staged at RCCG Liberty Church situated at 120 Badore Road, Bakery Bustop, Ajah, Lagos on Sunday 21st August, 2022.

Gospel Film News confirmed that the event is tagged “Cinema in Church.” Altar Vs Altar is loaded with a powerful message and at the same time studded with movie and stage stars.

The general public is invited as Mat Carpet starts by 8am and the programme proper starts by 9am. The organizers assured that there will also be pantomime and dance drama at the event.

All participants will also be served popcorn and Chapman.

“You Are a Great Gift From a Great God to this...