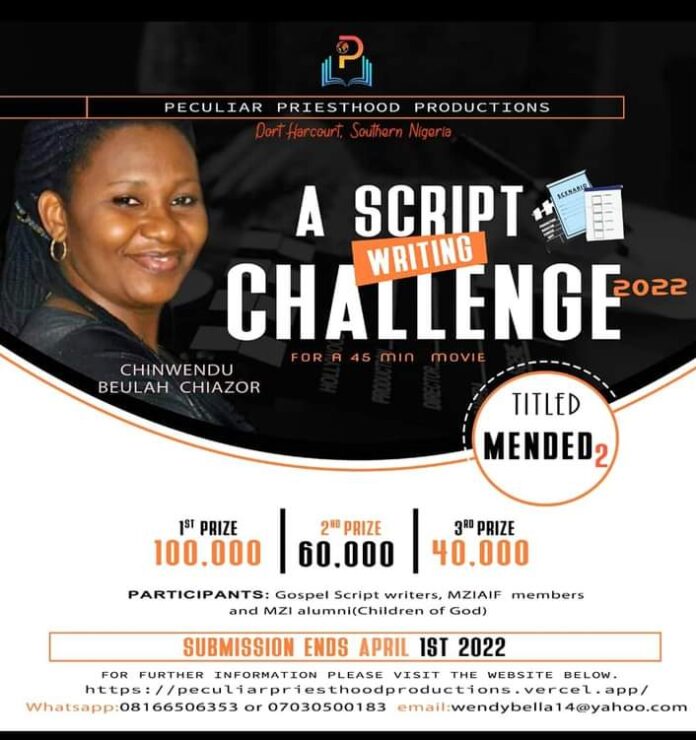 The Peculiar Priesthood Productions recently organized a Script Writing Challenge for gospel script writers, and has given a sum of 200,000 Naira to winners of the competition.

The organizer of the script writing competition, Chinwendu Beulah Chiazor disclosed to Gospel Film News in a chat that with the great input by all the script writers and all the participants, PECULIAR PRIESTHOOD PRODUCTIONS plans to shoot the movie part 2 of her movie entitled, MENDED and will not forget to give credits to the writers, stressing that the script is to be written as a sequel to an already produced movie by PECULIAR priesthood PRODUCTIONS, MENDED Directed by Ben Ope Johnson. 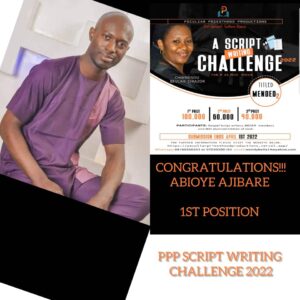 She revealed that the competition started September 2021 and ended April 1st 2022. According to her,

She confirmed that they got about 16 productive submissions from various regions in Nigeria. 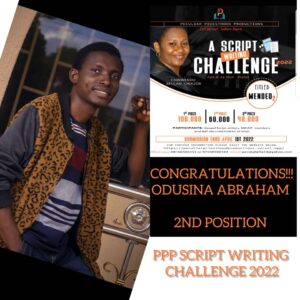 The first position was Ajibare Abioye , 2nd position is Odusina Abraham and 3rd position goes to Oluwatobi Ogunyemi. As at the time of filing this report, 3rd and 2nd positions have received their money, while 1st position has also confirmed his receipt of the money.

Chiazor therefore appreciated everyone who participated in the competition and those who contributed to the success of it, especially Dr. Osagie Ekhator, Evang. Paul Esupofo Oriade and Evang. Tola Ore-Aruwaji who volunteered since the beginning of the project to help coordinate the whole online submission and extraction of the details of each script. 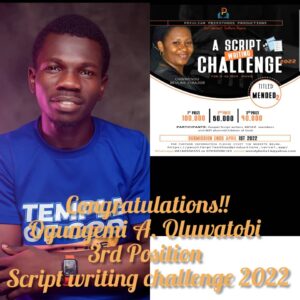 In his Victory Speech, the winner of the competition, Ajibare Abioye stated that he is grateful to God with whom this victory was made possible, who gave him the ability and inspiration to come up with MENDED 2: MOTHER’S TOUCH.

He further acknowledged and appreciate his wife, Ronke, who was with him every step of the way, listening to his ideas and encouraging him to complete the project, despite obstacles of erratic power supply and fatigue that threatened to hinder the work. “I love you, Babee,” he said.

“I’m grateful to my sister, Olusemire Odedele, for her unending support, and Gabriel Faniyan and AyoOluwa Anifowose, friends who listened to my pitch and offered their invaluable perspectives.

“I’m short of words to describe how precious this opportunity given by Peculiar Priesthood Productions is to me. The Scriptwriting Challenge 2022 was like a pump of adrenaline to my scriptwriting skills, and took things up a notch for me. I mean, writing the sequel to an already-produced gospel movie? It’s an excellent vision by the Project Coordinator, Evangelist Chinwendu Beulah Chiazor, and I pray that the Lord will continue to increase her and the ministry on every side. I give God my Father all the glory,” Ajibare added.