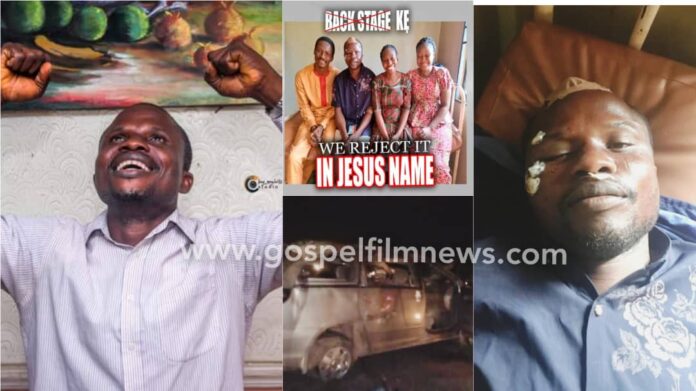 “Because he loves me,” says the Lord, “I will rescue him; I will protect him, for he acknowledges my name (Psalm 91:14). This bible verse best described the story of resourceful Set Designer, Johnson Babatola whom God delivered from auto crash recently. In this exclusive interview with Gospel Film News, Johnson Babatola gives account of how God saved him from auto crash which would have claimed his life, how exactly the accident happened, how the vehicle summasulted 4 time, and how he was packed with dead bodies thinking he had died. Excerpt:

We were coming from Ondo state.

Was the accident as a result of the driver’s negligence or what?

No, not anybody’s negligence. The driver hit one man on the road, along Ife to Akinola (before gbangan) with side mirror and it tumbled.

Was it the police that took you to the hospital or passerby?

We were taken to the hospital through the osun emergency services (ambulance) They really tried, God bless them. 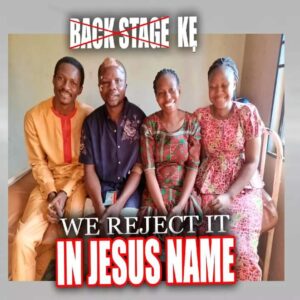 Could you please narrate your experience from the scene of the accident till when you gain back your consciousness?

When we were coming from Ondo state, our vehicle stopped at Ikire, Tobi Hezman whom we were on board together bought Dodo Ikire (Ikire fried plantain) which both of us were eating. We had two passengers on the inner seat, 4 other passengers, seat next to the driver, in the front there was the driver and 2 passengers. Three (3) minutes before the accident the driver had first hit someone with the car side mirror and never care even though many passengers persuaded him to wait but he never waited. Shortly after that he lost control of the vehicle, the driver just started dragging the steering and shouted “haaaa,” he was still pressing the turtle and the vehicle speed more than before, first tyre and second busted, that’s all I knew.

I was later told that, during the time of the incident, I flung out of the window, my body was found on the other express road after some minutes, it was Angel of the Lord that stopped other vehicles from coming. I didn’t know anything when I was packed with other dead bodies (driver and 2 passengers) because the vehicle summersauled 4 times. It was someone who poured water on my face that brought me back to a conscious state and I was taken to an hospital.

We were first rejected from one hospital before another one admitted us. It’s a pity another man died on the hospital bed due to negligence. I shouted for help on emergency bed but no one be of help , it’s God that sustained me. 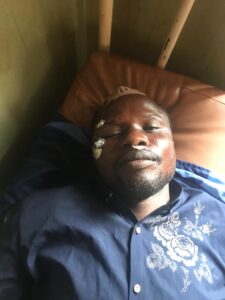 Was there case of lost of any valuable items?

As ’ember months is associated with all kinds of evil, what’s your advice to the general public?

My only advised is that we should trust Almighty God the protector (psalm 91), Don’t be afraid, God is in control.