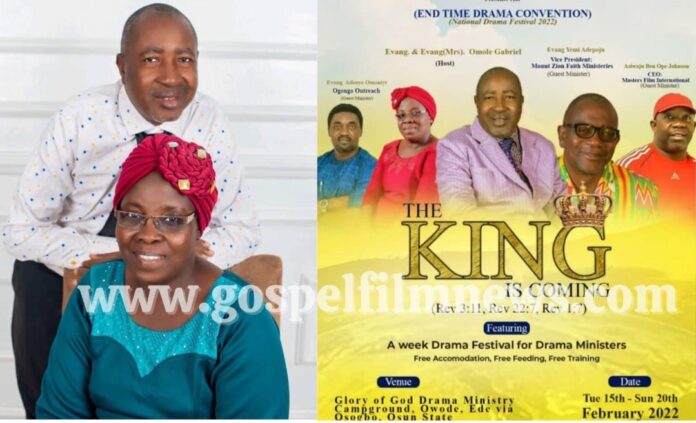 As the world is gradually coming to end, so is God raising men, especially in the drama ministry to preserve the world from decadence. One of those God is raising is Glory of God Film and Drama Ministry, GGDM. 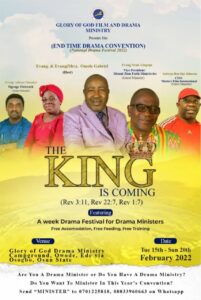 The convention themed ‘The King is Coming’ is a free accomodation, free feeding and free training event which will also feature a week drama festival for drama ministers.

In a chat with Gospel Film News, the program hosts, Evangelist and Evangelist Mrs. Omole Gabriel noted that: “God is set to bless your life as He will be using our guest Drama Ministers in training Drama Ministers in Movie directing, how to be a great Filmmaker in the world, the use of social media as a Drama Minister and so many filming related topics.

Also, we are allowing Drama ministrations in this year program, if you wish to minister in Drama in this year convention, contact any of the numbers on the flier.”

Tinu Kanma to be finally buried

GOGDRAM to commence professional training in makeup, others