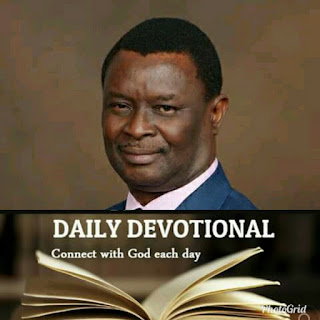 Judges 16:21-22 KJV
[21] But the Philistines took him, and put out his eyes, and brought him down to Gaza, and bound him with fetters of brass; and he did grind in the prison house.
[22] Howbeit the hair of his head began to grow again after he was shaven.

The Story of Samson was a very pathetic one. The Story of an Anointed Man of God who fell from Grace to Grass and was trampled upon by the feet of the uncircumcised Philistines. It was a terrible shame that the Deliverer of Israel, having wasted the Grace and misused the Anointing of God upon his life, crumbled half way as the Judge of Israel. He fell in the house of his unbeliever lover and was taken into the Prison house where he became a grinder of grains, his legs held in fetters and his hand chained and his eyes blinded into darkness permanently. THEY THOUGHT THEY HAD FINISHED HIM.

But hear the infallible Word of God for such fallen and trampled heroes:

Exodus 34:6 KJV
[6] And the Lord passed by before him, and proclaimed, The Lord , The Lord God, merciful and gracious, longsuffering, and abundant in goodness and truth,

He crossed the sea to go and heal the madman of Gardarah and cast a legion of Devils out of him and made him a minister in his country, all across the Decapolis. He went to Bethesda to look for the man who was sick for 38 years and healed him alone amidst the multitude of sick folks. He is full of mercy and grace and very compassionate.

The enemy had thought the God of Israel would not look in the direction of this fallen man of God. But God looked in his direction in the Prison house. HIS HAIR BEGAN TO GROW AGAIN….THE ANOINTING BEGAN TO COME BACK AGAIN, Because Samson began to call upon the name of God again for mercy. He had began to pray for restoration and mercy again.

Judges 16:28 KJV
And Samson called unto the Lord , and said, O Lord God , remember me, I pray thee, and strengthen me, I pray thee, only this once, O God, that I may be at once avenged of the Philistines for my two eyes.

It pained him that his eyes had gone. It pained him that he had messed up with his visions and calling. He must have began to cry upon the Lord in the Prison in repentance and contrite heart. Then the hair began to grow again….the symbol of a restoration of his Anointing and the presence of God.

In the Stadium, where all the lord’s of the land were gathered for celebration on the downfall of Samson, they had brought him to display him before the whole national leaders and the public. But Samson was communing with His God for a Second Chance that would be “Once and for All”. And God answered him. Standing between two pillars which held the gallery on which the leaders and lord’s of the land sat at the VIP cubicle, Samson prayed his last prayers again: he wanted to finish his assignment right there and then…he wanted to kill all the lord’s and rulers of the land with all their Senators and Judiciary members with all Governors of Provinces and Commissioners and military personnels who had been invited for the great occasion of Thanksgiving in the National Coliseum. In his twentieth (20th) year of judging Israel and bastardizing the Philistines, his ministry had suddenly come to an ending in a shameful way, but he wanted to finish his duties “Once and for all” even if he would die with his enemies.

Judges 16:30 KJV
[30] And Samson said, Let me die with the Philistines. And he bowed himself with all his might; and the house fell upon the lords, and upon all the people that were therein. So the dead which he slew at his death were more than they which he slew in his life.

HE KILLED MORE PHILISTINES AT HIS DEATH THAN HE HAD KILLED ALL HIS LIFE….He finished them all. He died with his enemies.

He was given the Second Chance but…he died with the Second Chance,..
HOWEVER, YOU CAN STILL HAVE YOUR OWN SECOND CHANCE AND YET LIVE TO SEE THE CONQUEST OF YOUR ENEMIES.
Samson did more at his death than he did all his life…He finished the enemies but he never lived to celebrate the victory.

And my heart goes to you, Beloved, reading of this Devotional, May you never fall into the hand of your enemies…May you never be shackled and fettered in the Prison House of Sins and Bondages…May you Finish Well and Strong and see the victory over your Enemies.

And, finally, my Heart goes to Myself, who is writing this devotional…MAY I BE GIVEN ALL THE GRACE TO FINISH WELL AND TO NEVER….NEVER….DIE WITH MY ENEMIES..
MAY I NOT BE SHACKLED AND FETTERED IN THE PRISON HOUSE OF SINS AND BONDAGES….DOING THE BIDDINGS OF MY ENEMIES…
May I never Dance a dance of Shame in the Public glare of the  Enemies I had once subdued….
I SHALL FINISH WELL AND STRONG.
Amen.

“HIM, HER& I” part 8 by Opeyemi Ojerinde Akintunde

“WISDOM IS NEEDED TO BUILD A HOUSE” By Busayo Asikhia