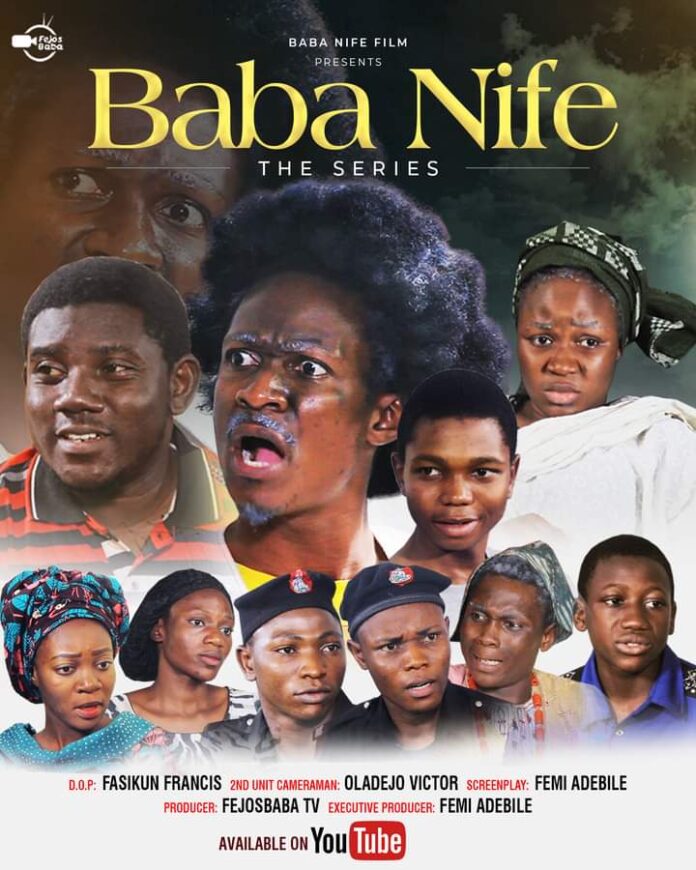 The comedy but inspiring movie series of Femi Adebile known as ‘Baba Nife’ is back.

This was announced on Thursday by Femi Adebile.

Baba Nife is a comedy series that teaches moral and educational value in children and adults but for certain reasons the series has been on hold for a while.

In his announcement, Adebile disclosed that the comedy series will be on the screen for the next three Sundays Sundays starting from 6th to 20th March, 2022, Gospel Film News can confirm.

He added that “MAMA NIFE COMES HOME,” “GUILTY MINISTERS,” and “THE ENSLAVED HUSBAND” are the titled to be released in next three Sundays and will be showing on Fejosbaba TV channel on YouTube.

The series according to him is going to be funny but highly inspiring, noting that many people have missed Baba Nife.

Display of love at its peak at Darasimi and Lawrence Oyor...