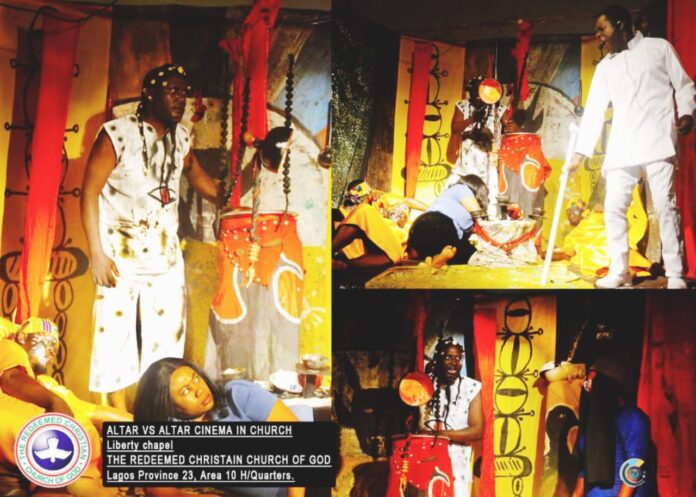 The Redeemed Christian Church of God, Liberty Church drama entitled ‘Altar Versus Altar’ is a restoration of hope to everyone. Any individual who has given up on him or herself due to spiritual or physical barrier would have hope restored by seeing the stage play.

Proudly sponsored by RCCG Liberty Church, ‘Altar Vs Altar’ was the magic of the peerless stage play following a very successful showing at Ajah, Lagos on Sunday.

With the successful ministration, the production team promises to make the play hit the bigger screens and tour some channels.

The play deftly tells an extraordinary tale revolving around the experiences of certain dramatic characters – a retired prostitute and friend- that the nature and spiritual factors had stagnated their lives.

‘Altar vs Altar’ was inspired by Holy Spirit and It actually came in a different way, according to the team lead, Samson Nolimit. Actors such as Sade Aina, Mayowa Oladeji also featured in the stage performance.

Iyanu Jeremiah Faith’s “I Have A Father” Movie To Be Released...