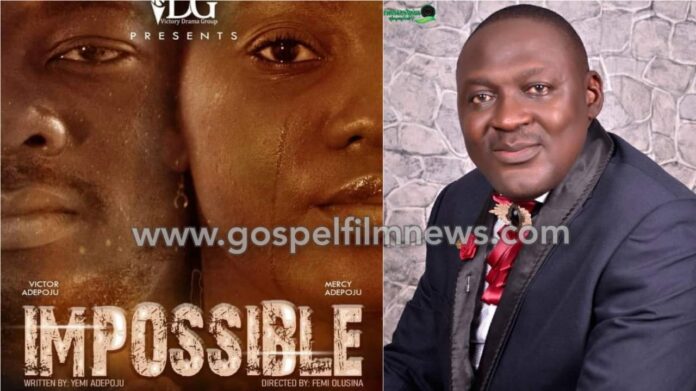 Preparation is in top gear as Yemi Adepoju, the producers of The Lion’s Den and Bottled Up is set to premiere another movie, ‘Impossible’.

Gospel Film News learnt that the movie ‘Impossible’ was written by Yemi Adepoju, directed by Femi Olusina and stars actors like; Victor Adepoju, Mercy Adepoju, amongst others.

In their signature style, the movie will be premiered at the Festival of Christian Drama which holds annually in the ancient city of Ilorin, Kwara State. 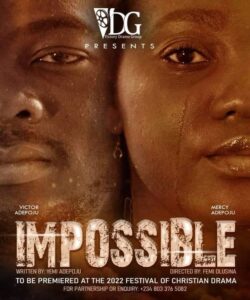 The date, time and venue will be communicated later.

The organizers of the festival thereby call for people and organizations of like-minds that want to partner with them to call: +234 803 376 5082

Magic TV show is dangerous to your home- John Oguntuase