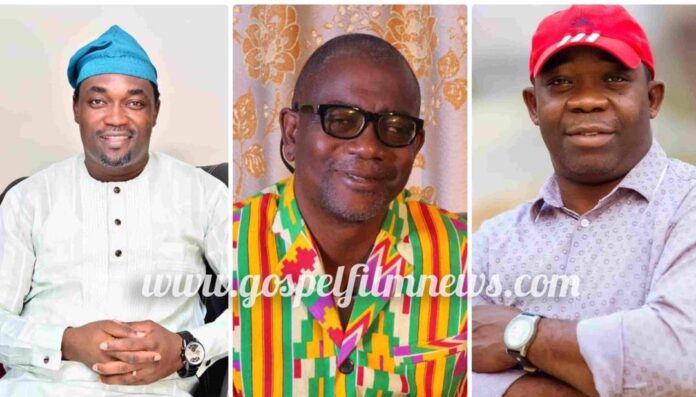 The trio will be ministering to bless lives and share to their experiences.

The convention which started started 15th February, 2022 is Free Accommodation, Feeding and Training.

This drama festival is organized by Glory of God Film and Drama Ministry, GGDM which is one of the ministries God is raising in this end time. 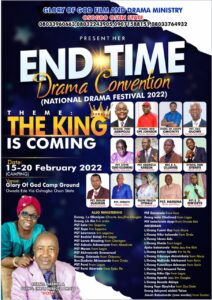 The convention themed ‘The King is Coming’ is a free accomodation, free feeding and free training event which will also feature a week drama festival for drama ministers.

In a chat with Gospel Film News, the program hosts, Evangelist and Evangelist Mrs. Omole Gabriel noted that: “God is set to bless your life as He will be using our guest Drama Ministers in training Drama Ministers in Movie directing, how to be a great Filmmaker in the world, the use of social media as a Drama Minister and so many filming related topics. “we are allowing Drama ministrations in this year program, if you wish to minister in Drama in this year convention, contact any of the numbers on the flier.”

‘Agbomola’ Movie Will Deliver People From All Oppression- Producer