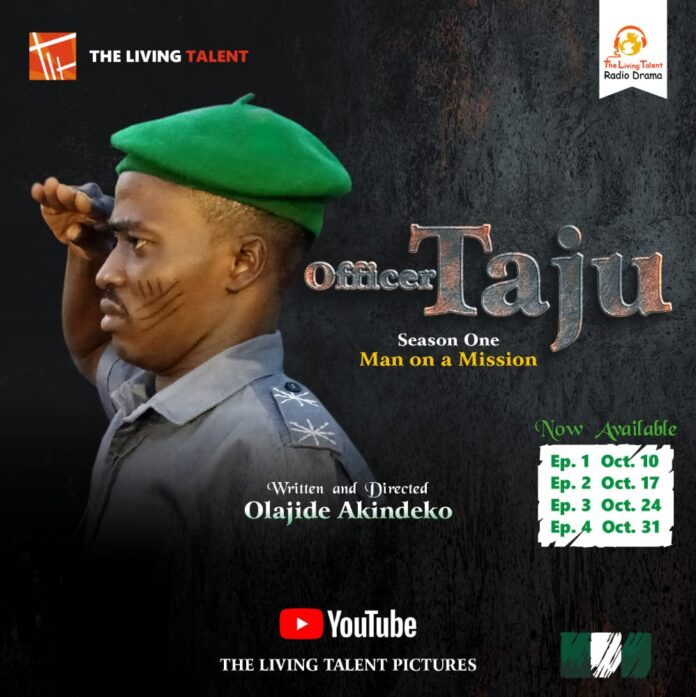 In a chat with Gospel Film News, the drama director, Olajide Akindeko, disclosed that “Officer Taju” [Season One: Man on a Mission] is a Faith-Based Nation Building radio drama that addresses concerns around political and economic vices.

He further stressed that everyday headlines such as bribery and corruption, smuggling, family concerns, and faith are focal points of the play. Akindeko added that Officer Taju, the play’s protagonist, encountered various political and economic obstacles, as well as issues in his marriage.

Officer Taju, according to the drama director, abides by both national norms and faith principles.

Akindeko also emphasized that “Man on a Mission,” the title for Office Taju season one, implies that “No citizen of any nation is born in error or by mistake in the country of their birth, as is commonly believed. This is because God, as He has done throughout history, has wired each and every Nigerian to be a catalyst for change, rather than a complainer. The radio drama, Officer Taju, will undoubtedly aid its viewers to discover their role in the construction of a new Nigeria”.

“It would be entertaining to also note that the existence of such a pleasant individual like Officer Taju around the country will undoubtedly have a sporadic influence on the actualization of “A NEW NIGERIA” and serve as a stimulant for the eradication of these vices to the barest minimum,” Akindeko stated.

Episode One is out already, and Episode Two is coming this Sunday. Click on the link below:

Subscribe, and click on the notification bell so as to get notified when subsequent episodes are uploaded online.