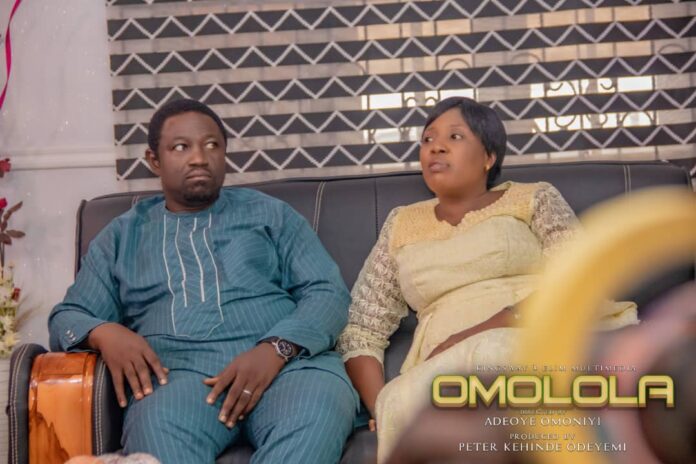 The long awaiting and timely movie entitled Omolola has been finally released on YouTube for easy view, Gospel Film News can confirm.

Omolola was released on 14th February, 2022 on YouTube for easy view.

Kingsway Film Production in Conjunction with Elim Multimedia sometimes in September 2021 went on location to shoot the dynamic blockbuster, Omolola.

Omolola has an uncommon storyline with touch of professionalism. Omolola is a love story full of intrigue, suspense and very educative.

The producer, Peter Kehinde Odeyemi in an interview with Gospel Film News revealed that the movie idea was conceived as a leading from God that Kingsway Film Production should have something to edify the body of Christ. He thereby got in touch with Emmanuel Olorunjubeelo who told him he has script that go in line, and he requested for synopsis and later told Emmanuel Olorunjubeelo to write the film which he did.

He therefore added that the story is about those who serve God when things are rossy. “John when he lost his first wife and baby turned against God before God appeared to him. Omolola which is another character is the center of the message that put everybody together,” he said.

He finally stressed that Omolola is a production that will build the faith of many people waxing cold.

#LekkiMassacre: “I’ve never seen this before except in movies”, actress confessed