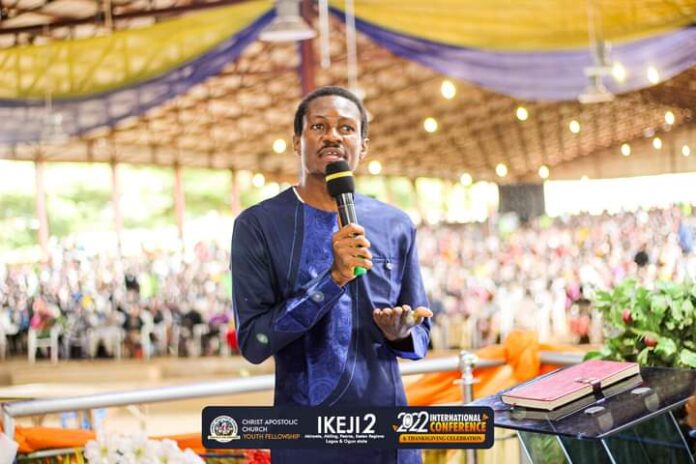 Gospel Film Actor, Script Writer and Film Maker, Evang. Oluwafemi Joshua Adebile, also known as Fejosbaba, has encouraged Christ Apostolic Church youths to use their gifts patiently and consistently, saying that nothing just happens and nobody just rises from anywhere.

Evang. Femi Adebile speaking on the topic “Developing and deploying your talents for God” read Matthew 25:24 and Proverbs 18:16 to analyze the giftings of youths with relations to the kingdoms of Zion and Babylon.

The Producer of the gospel film, the Keeper, expressing that “in this kingdom, two cities are fighting – Zion and Babylon,” described that it is difficult to know Zion away from Babylon because the same thing Zion can give, Babylon can also give.

Evang. Femi Adebile who cited that, in Zion and Babylon, there is money, speed, fame, power, also related that men are running to Babylon because they thought they have tried their best, forgetting that before things get to you in Zion , you must travail.

He noted that, where you end in babylon is the valley of vipers while Zion lies forever.

Explaining 3 Ps, Potential, Pain and Passion, Adebile described that “potential is your ability, what you know how to do, what is easy for you to do,” adding that, there’s nobody born without potential be it in politics, debate, writing or dancing.

Alluding the Biblical boy whose five loaves of bread and fishes fed the five thousand, Adebile pointed that, “that your small skill, talent, potentials, can feed nations.”

“Your skill can take you anywhere. It can break protocol,” Femi Adebile said.

The Ranch of TVA staged inspiring drama, ”A King for the...