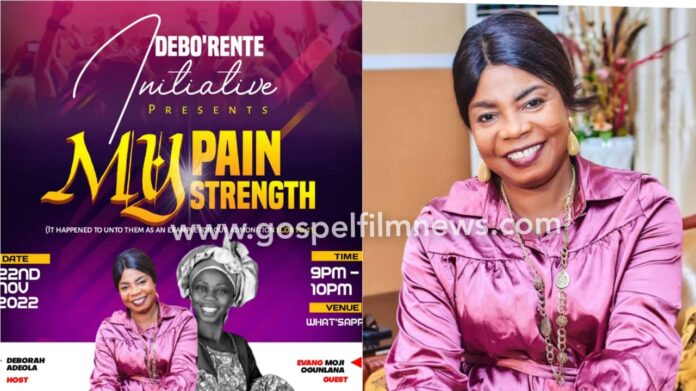 Notable Gospel Female Actor, Evangelist Deborah Adeola as a means on Corporate Social Responsibility, CSR is set to lift people out of depression.

Gospel Film News gathered that Deborah will be doing her CSR under the agies of Debo’Rente Initiative. The is the first of it’s kind and she tagged this edition, “My Pain, My Gain.”

The programme will hold on 22nd of November, 2022 from 9pm-10pm in an enclosed WhatsApp group where another notable film producer and actor, Evangelist Moji Ogunlana will be guesting and impact lives alongside the convener.

In an exclusive interview with Gospel Film News, Deborah noted that some people had been through terrible and unbelievable situations in life, they’ve seen things that almost took them six feet under, condition that bring them to a place of depression thus suggested suicide. 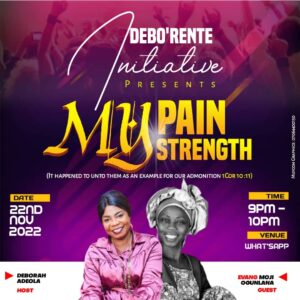 She further explained that many had been secretly and openly disgraced and humiliated, storms of life had been contrary, they cried, wept and lost hope but they bounced back powerfully and still pressing on.”

To be part of the free program click on the link below:

SMH, Victor Olukoju, others pen down tribute for Omolara Ayoola on...

INTERVIEW: The Creative Aspect of My Father I Want To Pattern-...