While in the atmosphere of celebration and Alumni Reunion of Mount Zion Institute of Christian Drama, Evang. Mike Bamiloye has noted that no ministerial experience is complete without both wilderness and Jordan experience. 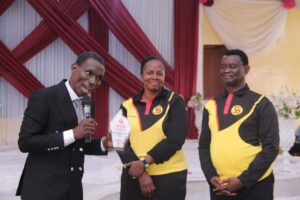 Bamiloye stated this on Friday 12th November while ministering at the day 1 of the 30th anniversary and Alumni Reunion of the Mount Zion Institute of Christian Drama.

Gospel Film News correspondent reports that Bamiloye who was speaking on “Go Over This Jordan” pointed that Jordan is the beginning of land God promised Israel, saying it is the end of a phase and beginning of another. 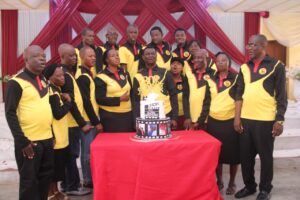 He added that: “All past exploits and achievements in 30 years is Jordan experience, we are crossing Jordan, moving forward to another phase. This Reunion a graduation and introduction ceremony to the next phase. It is a demarcation line.”

According to him, the anniversary/reunion is not just a meeting, but an encounter with God, stating that even those who are not physically present will take part in some might move.

“We started like a university, but God told us to go at His pace. 30 years exactly, Mount Zion Institute affiliation with Ajayi Crowther University came, and we have a footpath which is Jesus starting His ministry at 30 and also began at Jordan,” he stressed.

He finally said what is required to go over Jordan and get to Canaan land is ability to hear God’s voice and listen to instructions because the manual is in His hands.