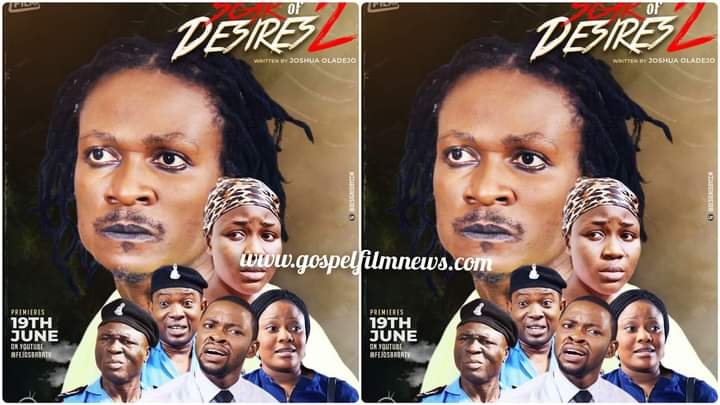 Hey folks! You’re welcome to the review of Scar of Desires 2 from PREM Film Production International. Continuing almost immediately from where the original movie ended, this sequel focuses more on Warrior, the ‘celebrity criminal’, rather than on Folakemi’s story. Contrary to what we might have thought from the closing of Scar of Desires, Warrior further despises Jesus and has instead, reaffirmed his reliance on idols for power. It’s noteworthy that Warrior, impressively played by Femi Adebile, is a good example of a compelling character who has been given peculiar features that make him stand out in each of his scenes.

The second focal point of Scar of Desires 2 is the Johnson-Darasimi-Folakemi triangle. Folakemi presently has the upper hand, but only because Johnson has, uncharacteristically, been untruthful and insincere. Ayele is another character that is almost unrecognisable in his idiosyncrasies from the first movie. Chief Gbade on the other hand, literally makes the translation from the kingdom of darkness into God’s Kingdom of Light. I would say that his side of the story is the most consistent in time continuity, though that would pose an issue for other sub-plots. His reference to the curse of insanity after seven days suggests that almost all events in Scar of Desires 2 take place within those days. Yet, Johnson and Darasimi get married and Folakemi is able to walk within that time. Thus, character and temporal continuity have to be better in subsequent productions.

Scar of Desires 2 ends with a revelation that is likely to sensitize Darasimi to the crack in the wall of her home. This ending gave the movie the feel of an episode in a series, rather than the sequel of a feature film. I would therefore propose that it would be more apt to say that the sequel of the original Scar of Desires movie can be further divided into three parts, though we’d have to watch the movie tagged Scar of Desires 4 to be certain of this.

Conclusively, I would like the ministry to look into achieving better subtitling like it did in Kembe Isonu Season 4 and 5, and execute sound design with more finesse.

What’s your takeaway from Scar of Desires 2? Please share your thoughts with me in the comments section.

The link to the movie is https://youtu.be/bciQWy7PEtU. Scar of Desires 3 will be out on Sunday, June 26, 2022 on Fejosbaba TV YouTube channel. Be sure to subscribe to it and click the notification bell to get alerted when it drops.