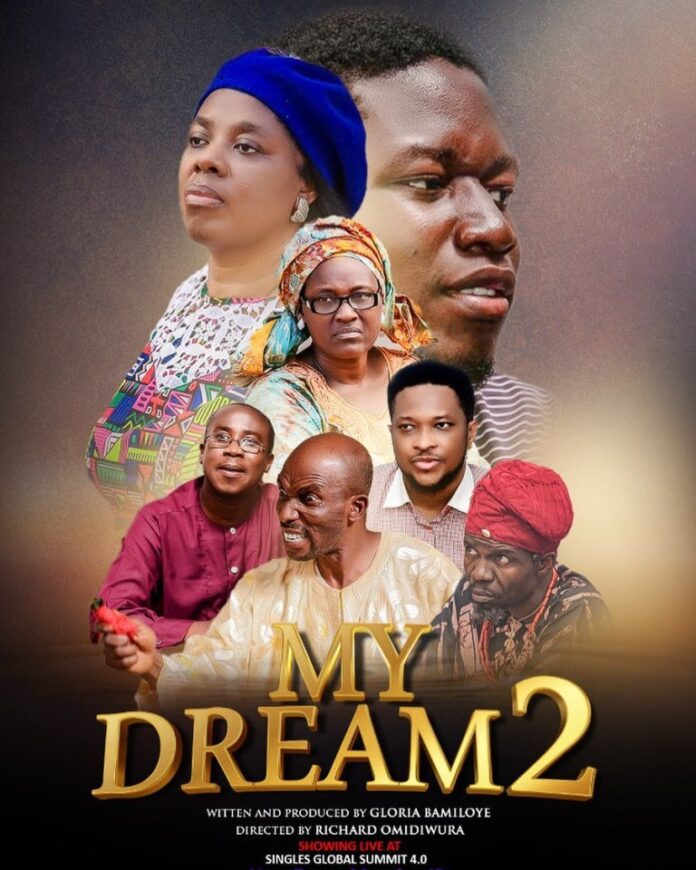 Hey folks! You’re welcome to the review of “My Dream 2”, written by Evangelist Gloria Bamiloye and directed by Evangelist Richard Omidiwura. I remember the pleasant atmosphere generated by the first part and I’m pleased to say that this sequel is even more so. With Mama Tunde and Tunde now on the Lord’s side, we get to see Christ at work more in this film, but the conflict arises naturally from a situation that predates the original film.

“My Dream 2” touches as many aspects as “My Dream”, and Mr Ishola’s is very pertinent, as it addresses some feedback I got from the resolution of the latter: What does he as a child of God do with two wives? The consequences and ripple effect of, as well as the way forward and possibilities of God’s peace in that situation are portrayed in this movie.

Mama Tunde’s subplot, if I may call it that, looks into how she manages her relationship with her parents who had been the ones fueling the fire of ungodliness and evil in her life. Since they can no longer sin together with her, they inevitably sin against her, and we know what happens to the enemies of God’s people.

Tunde also has returning demons to deal with; thankfully, he now has a godly mother who lets him in on the efficacy of God’s word. The scenes involving him and her showed me how indeed, we as God’s children literally need God’s word like oxygen to truly be alive. Tunde’s choice not only changed him but one of his girlfriends from “My Dream”, which signifies how our decisions have the potential for positive impact on others.

With cameos from music minister Lawrence Oyor, and veteran drama minister, Evangelist Shola Mike-Agboola reprising his role as Teacher, “My Dream 2” is a heartfelt, pleasing viewing.

Alright, we’ve come to the end of this review. You can share the lessons you got from it in the description below.
The link to the movie is https://youtu.be/_SG0zMTAyW0

GOGDRAM to commence professional training in makeup, others