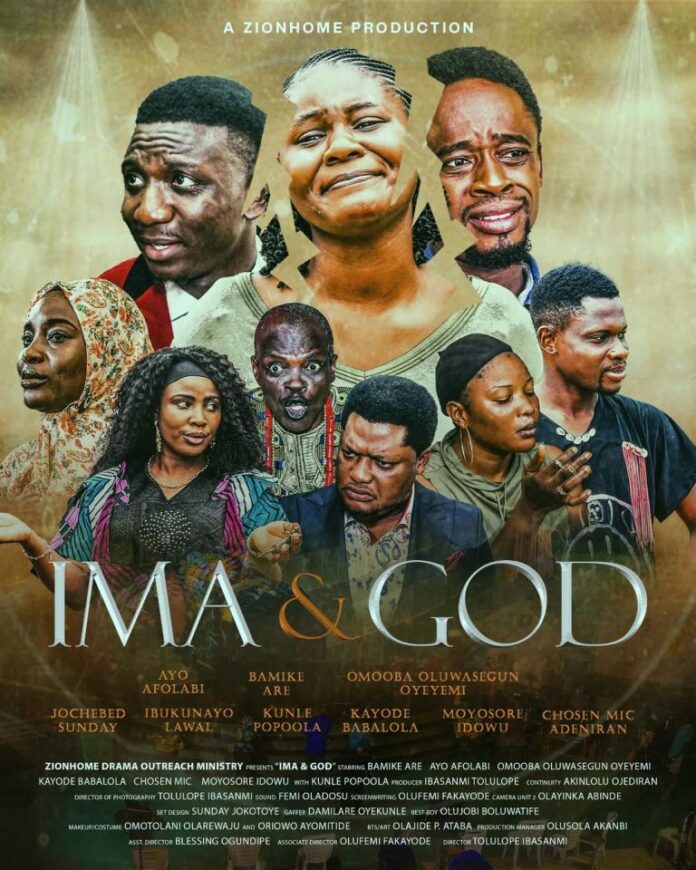 Ima & God was released on October 14, 2022 by Zionhome Drama Outreach Ministry. It narrows in on the importance of our actions in correlation to God’s instructions to us.

This is a title that I really like, and coupled with its impressive poster design, I eagerly expected a story that would resonate at a personal level. The matter of “God said…” in potential courtships is an age-long phenomenon that has been severally applied and received by different people. Ima & God tries to illustrate how a child of God backed by God’s word could make a hash of the whole thing. Many that have experienced this will find some wisdom in this movie, in their subsequent dealings with the Holy Spirit.

In the film’s pursuit of dynamism, Ima & God in my opinion, sadly becomes rather too clever for its own good. The entire opening sequence of three scenes was immaterial in the long run. It ambitiously ties viable knots of conflict but gets so tangled in them itself that the resolution was predictably precipitate. Furthermore, its cuts to new scenes were sometimes confusing. Also, the story seems to be more about Richard than the eponymous Ima; she could have done with the development given to Ajim, who really could have just been a random bad guy. Lastly, portraying God as being so detailed to Ima and Denilson at the outset, only to become reticent for no stated or implied factor at the most crucial point could be misrepresenting. 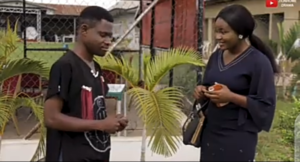 In conclusion, Ima & God is a caution for Christians not to take a word from God and make a paragraph out of it. It is vital that while we follow God’s past leadings, we learn to be patient to know what He has for us at every point in time.

The link to the movie is

“IF WITCHES WERE HORSES” Episode 14 by Kolade Segun-Okeowo (KSO)