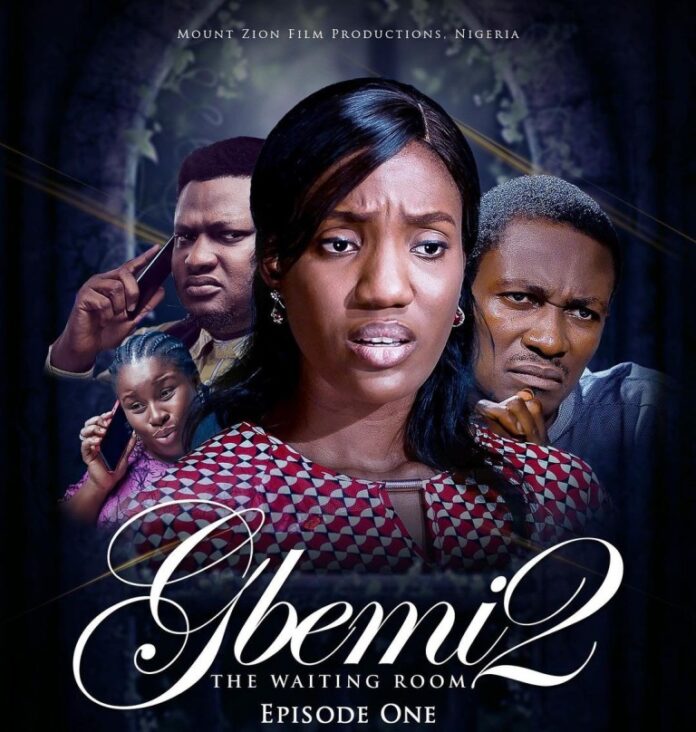 Hey folks! You’re welcome to my review of Gbemi 2: The Waiting Room 1 which was released on January 16, 2022. In the build-up to its release, I watched the first movie again and I was marveled at how good it was. Watching the first part of this sequel was a similar experience for me; it’s a fun time all through and loaded with truths. Likewise, it was characterized by the snappy, quippy and profound dialogue found in the original movie. The opening sequence was captivating and was capped off with what might become a fan favourite shot, which was then followed by the title display.

This part centres on the challenge of childlessness in John’s and Gbemi’s marriage, and the problem of infidelity in Mr Kalejaiye’s. Much of the story follows Femi Adebile’s John, who is as dramatic as ever, featuring in a role reversal as the anxious partner in a childless marriage. Gbemi demonstrates amazing calmness and maturity, and Emmanuela Mike-Bamiloye impressively uses her facial expressions and demeanor to execute them. Ihuoma Ogunyomi is effective as Tara Kalejaiye in conveying the emotional hurt her husband has inflicted on her. Still on characters, it was nice to see Kayode and Emmanuel so early in the movie. Their scene was long but it had a healthy balance of humour and revelations. 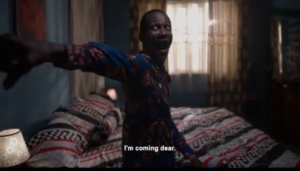 There are so many things to meditate on in this episode. The illustration of the waiting room is solid: if you’re not there, God can’t attend to your absence. A lot of reference is made to God’s timing and it raises the question in my heart of whether man can know God’s timing, so that it would help us to be calm in the period of waiting. 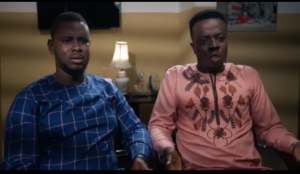 Taking a look at how Margaret has sent Chuks to seduce Tara, I think one thing that could serve as a check to married individuals is that, if it so happens you’re getting close to someone of the opposite sex apart from your spouse, one mustn’t get carried away because, while everything might seem to be happening naturally, the person might as well be an agent specifically assigned to bring you down. With the way things are, trying to reason with an agent of darkness could be futile because no excuse one gives deters them from the evil they want to carry out.

While I’d have liked to see a bit of that ministry John was pursuing in the first movie, I’ll wait till we see the complete story when the second part of The Waiting Room is released next Sunday, January 23, 2022. 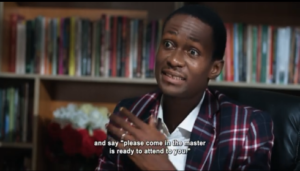 Alright, we’ve come to the end of this review. In what ways did The Waiting Room bless you? Please let me know your thoughts in the comments section below.

You can watch the movie below:

COMMAND THE DAY by Mike Bamiloye

What coronavirus taught me- Toyosi Babalola

“IF WITCHES WERE HORSES” Episode 5 by Kolade Segun-Okeowo (KSO)