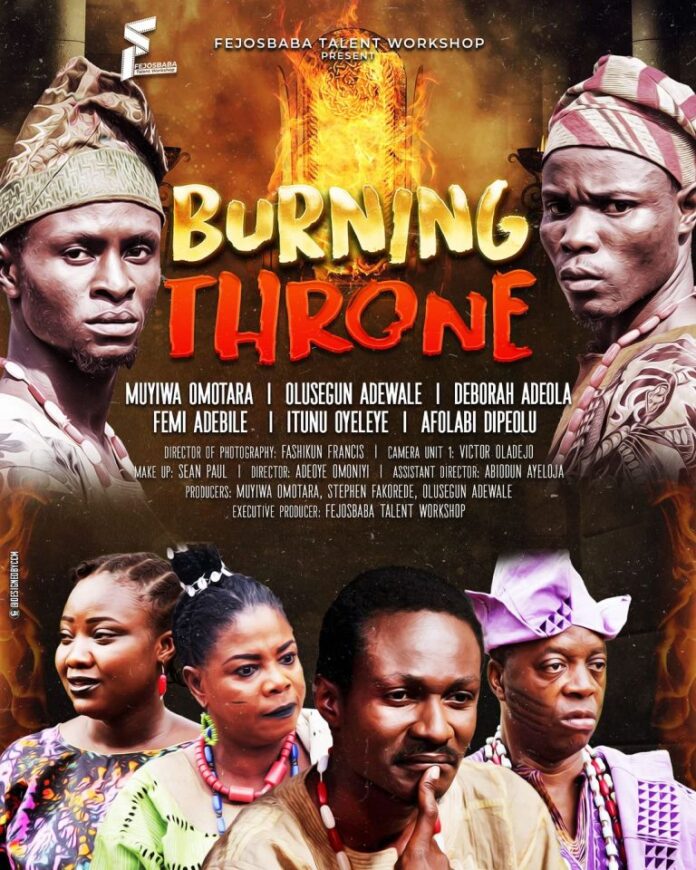 Burning Throne is a film project embarked on by the Fejosbaba Talent Workshop, a group of students with a certificate in filmmaking in a training organized by PREM Film Production International. It commendably makes use of its numerous cast to create a story that spans across two kingdoms and approximately forty years of temporal setting. This accrued into an uncommon 162 minutes of running time, released at once, which was a bold move.

The movie’s world comprises a battle of supremacy and inter-village relationships. For me, Adeola’s journey to the throne is the core of this story and does well to chronicle his alignment with his identity, sort of in the way every child of God needs to sync with God’s perception of us. Another aspect of Burning Throne that signals an upward trajectory is the sound design with better transitions and propriety of usage.

On the flip side, if the expanse of the story was inspired by the potential magnitude of the cast, then I would say that the Yeye Moore subplot might have been dispensable. This would have created a more focused story with a more manageable duration. There are greater heights this Workshop will yet reach with improvements over time.

“IF WITCHES WERE HORSES” Episode 9 by Kolade Segun-Okeowo (KSO)

Losing the gift for not using it by Mike Bamiloye