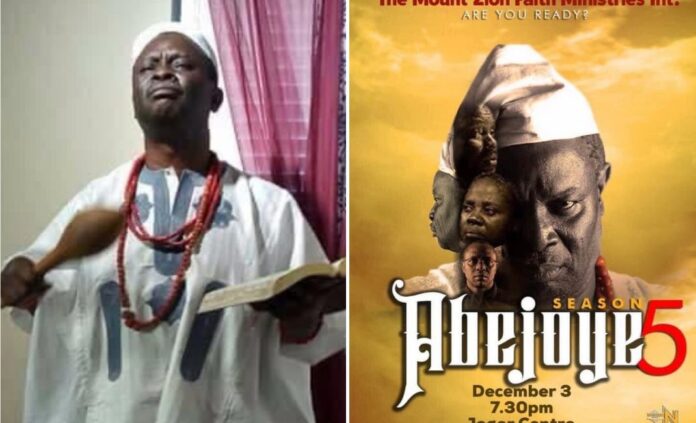 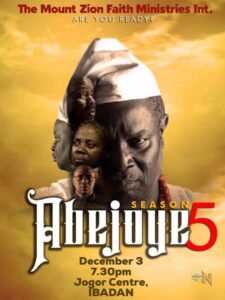 This was announced on Sunday 26th September by the Mount Zion president, Evang. Mike Bamiloye on his verified Social Media handle, Gospel Film News can confirm.
Bamiloye disclosed that Abejoye season 5 will be premiered at the Drama Ministers Power Night on 3rd December, 2021.
In his post, the drama evangelist stated that the Drama Ministers Power Night will start by 7:30pm at Jogor Center, Ibadan, Oyo State.
The theme for the power night according to Bamiloye, is ‘Season of Harvest’ and the general public is invited.