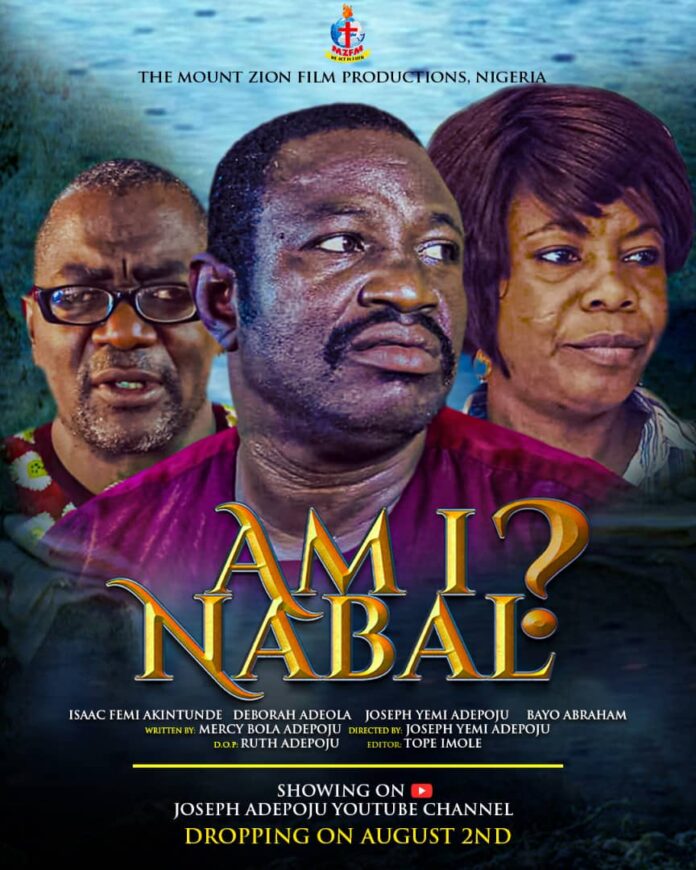 The Mount Zion Film productions is set to release another inspiring movie on 2nd of August, 2022.

Gospel Film News gathered that the new movie is titled “AM I NABAL?” and will be released on Joseph Adepoju YouTube channel.

The movie is said to be a thought provoking short movie that will change, touch and transform souls positively, Gospel Film News can confirm.

The movie was written by a prolific writer Mercy Bola Adepoju and was directed by Joseph Yemi Adepoju.

The movie is to shed more light on some aspects of life and the likes of Isaac Femi Akintunde, Deborah Adeola, Joseph Yemi Adepoju, Bayo Abraham and amongst others feature in the movie.

ANCEDRAM Ikorodu Sets For Another End Of The Year Thanksgiving