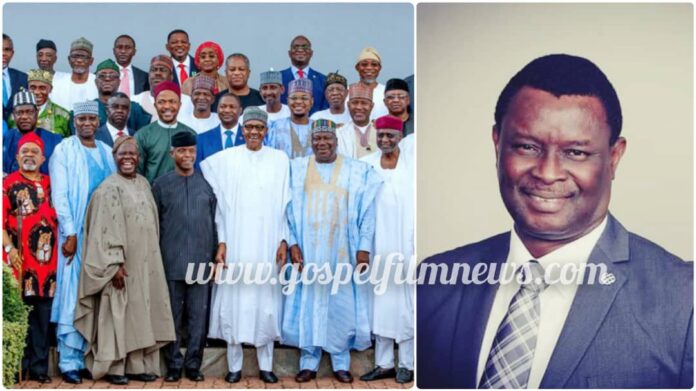 In a time like this when there are complaints, accusations and all sort of negativity in the country, gospel actor and president of Mount Zion Faith Ministries, Evangelist Mike Bamiloye has openly disclosed that leaders in government need prayers and spiritual backup from the followers.

Gospel Film News gathered that In a post today entitled “Spiritual Attacks Against The Authority,” Bamiloye noted that God has shown citizens their spiritual responsibility to the government and the Leaders from the book of 1 Timothy 2:1-3 in the bible, adding that God has told followers it is their responsibility to hold them up in prayers of supplications and intercessions and giving of thanks to God for them, so that citizens may live a quiet and peaceful life.

“We have been told that this is a very good and acceptable thing in the sight of the Lord. But, you will be amazed to see how some christians rain curses on these leaders instead of rebuking the spirit of evil behind all what they are doing. Do you really believe they are the ones doing all those evils and atrocities or some evil spirits who have made the seat of power their place of abode, attacking whoever comes to do any tangible things in government. That spirit that make a man in authority gather and stack in secret, illegal money in billions that his entire family may never finish spending for 30 years, is what is called the Spirit of Greed and Covetousness. So they need our prayers,” he stressed.

The Mount Zion president asked what is this terrible spirit of the devil that has beguiled leaders to formulate this evil policy against the religious freedom of our children in schools? “I heard the NERDC – The National Educational Research and Development Council had merged the Islamic Religion and Christian Religious Studies together up to JSS 3. So what spirit is it that hates the teachings of the Bible and Christian studies? What spirit was it that has banned early morning devotional assembly in most schools? And what spirit is it that is aiming to ban christian PREACHINGS and public crusades in many cities? What spirit is this that is invading christian dominated villages and slaughtering the inhabitants therein? What spirit is it that make many of our christian politicians get to the positions of authority and make them turn their back against spirit of truthfulness and righteousness? IT IS THE DEVIL’S SPIRIT.”

According to Bamiloye: “these leaders who usually get to the seats of power and begin to misbehave need not our curses, it would add more to their spiritual confusions. THEY NEED OUR PRAYERS…AND INTERCESSIONS…AND SERIOUS SPIRITUAL BACK-UP.

“Let the church close up all ranks. Let all denominational walls fall flat and let’s rescue this nation from impending danger as we all begin to walk in love among ourselves as BELIEVERS of various denominations. The Church is the hope of nation.BUT A SICK CHURCH CAN NOT HEAL AN AILING NATION. Let every home pray for this nation. It is well,” he stated.