A solid open-air drama crusade has been running consistently for the past 23 years in Osogbo, the Osun State capital. The Osogbo drama crusade has blessed thousands of lives both within and outside Osun State. In this exclusive interview with Gospel Film News, the convener, Evangelist Abraham David disclosed why the crusade started 23 years ago. Excerpt:

Can we meet you sir?

Thanks, I am Evang Abraham K David, President, God’s Love Toward Sinners Drama Ministry, Osogbo
I had my primary and Secondary Education In Kwara State. While My tertiary Education
was in Maiduguri, my work experience as an
Accountant was with a defunct Federal Government  owned Bank(1980-87) before I left to start a private business which I did till January 1991 when the Lord instructed to go into full time Drama Evangelism in Kano. 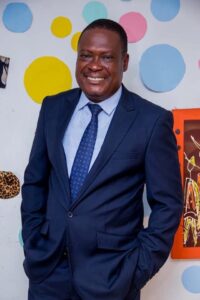 When and How did you ventured into Drama Ministry?

I was a leading member of a Church based Drama group before the Lord gave us the go ahead to start a Drama Ministry which eventually came up on 25th February 1990 in Kano. I have always seen Drama as a tool that the Lord is using this end time to win souls and set the Captives free based on a Drama ministration I took part in where I played a leading role in December 1988 and the impact on the congregation was great.

What were you doing before moving into full time drama ministry?

I was already in private business and an active member of a church based Drama group before the Lord instructed me go into full time Drama Ministry.

Why did you leave your secular work to begin full time drama ministry?

I was already fully involved in Drama Outreaches as a result of my Zeal to win Souls for the Lord before the Lord instructed me to go into full time Drama Ministry in January 1991.

What was your wife and family reactions when you told them you are going into full time ministry? 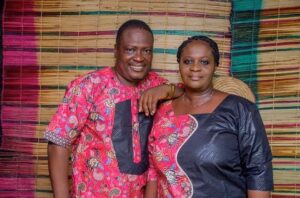 Funny enough, my wife never objected to my going into full time Drama Ministry because she had already seen it in me. In fact she had acted in some of our stage ministrations before. As for my parents, though they were concerned about our future but there was nothing they could do because they were then living in Kwara while my immediate family was in Kano. Eventually my wife also joined the Ministry full time upon our relocation to Osogbo, Osun State in January 1996.

What brought about the idea of Osogbo Drama Crusade? 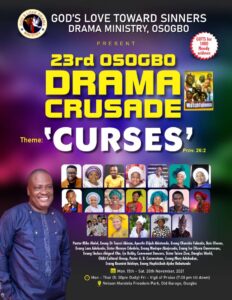 The idea of Osogbo Drama Crusade was also based on the instruction of the Holy Spirit. He spoke clearly to me about this annual program on the first Sunday of April 1997 and gave me the manual through which the program would hold. We however couldn’t do anything about it until 1999 when we held the first edition and since then there has been no looking back to the glory of God!

Why not film project that can go more viral and financial rewarding but drama crusade?

Like I did say  earlier, it was based on the instruction of the Holy Spirit and I’m very sure He knew why. More so, as it is not as if we have any amount of money stashed somewhere for the yearly program, because it is His Vision, there is always a Provision, Hallelujah! I believe whenever the Lord wants us to do a film project, He will always provide the funds needed as He has done on a number of occasions.

What has been the turnout of past editions?

The turnout from the first year (1999) has been wonderful! In fact every year, there has been increase in turnout to the extent that Osogbo Drama Crusade has become a major program in Osun state that people look forward to on a yearly basis to the glory of God. 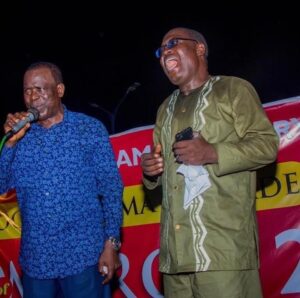 It is an open air Crusade where you don’t have to pay a dime before you participate and we have in the past hosted several Drama Ministries such as Csem Ilorin, Evom Ilorin, Spread Commission, Victory Drama Group Ilorin and Calvary Drama Ministry, Ogbomosho amongst many others. While we have also hosted several notable Song Ministers in the past such as, Senwele Jesu, Bisi Alawiye Aluko, Opelope Anointing, Tope Alabi, Lanre Teriba, Timi Orokoya, Esther Igbekele, Midnight Crew, Omije Oju mi, Mike Abdul, Baba Ayewa etc.

What is the secret behind the great turnout of the past editions?

It has been due to the instruction of the Holy Spirit, prayers, publicity, content of the program, testimonies and the eagerness to improve on past editions!

What are plans on ground for this year’s edition?

As for this year’s Drama Crusade which is coincidentally the 23rd Edition with the theme ‘CURSES’ prov 26:2, we trust the Holy Spirit to use His Vessels through Drama, Songs and prayers to save souls, destroy yokes, set the captives free and bless every participant. While as usual about 1200 needy widows will be given gifts that we believe will make them go back home with smiles.

Are you looking forward to collaborations with the state government and the private sectors?

No, we are not collaborating with any organization yet unless the Holy Spirit instructs. And that will be if their intentions/ visions are in line with ours which is clearly SOUL WINNING!

Well, I wouldn’t say they abandoned Stage ministrations for Film Productions, because I wasn’t there when they were called into Ministry. However, I believe every Drama minister/Ministry will be rewarded by God based on their obedience to  the heavenly instructions/ visions given to them.

INTERVIEW: My most challenging moment on the set of ‘The Train’...

INTERVIEW: Why I Adapted Some of My Novels Into Film- Opeyemi...

INTERVIEW: I would have been useless if i’m not into film...