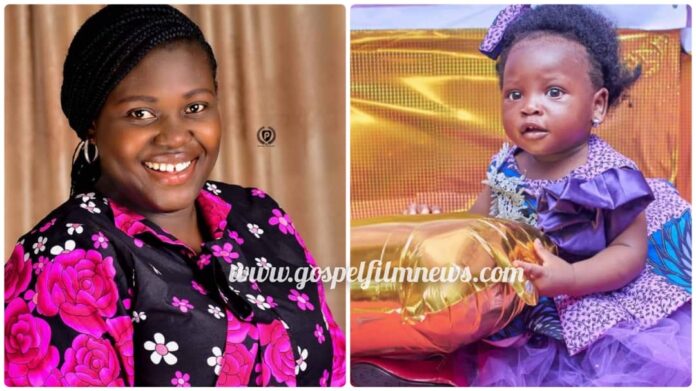 There have been some reactions to the starring of a one year old daughter of Seyi Pedro-Adetola in her latest movie. Artwork for the movie titled “The Target” surfaced online few days ago with first daughter of Seyi Pedro-Adetola named Joanna’s picture boldly printed on it. Since then, different people with different opinion have reacted. In this exclusive interview with Gospel Film News, Seyi Pedro-Adetola revealed why she starred Joanna in “The Target” which will be released on February 4, 2022. She further disclosed lessons to be learnt from the movie. Excerpt:

What’s your new movie, The target all about? 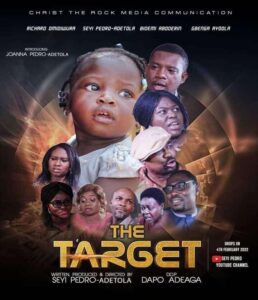 It is a family serial movie. It centers on home, since we are all products of homes…It centers on YOU…I mean father, mother and children. It exposes the satanic manipulation on homes.

What lessons should people expect after watching?

Life is Spiritual (in summary)

What prompted you to star your daughter in the movie. did you write the script to showcase her or she fits into the role? 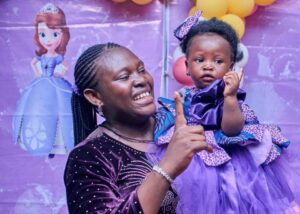 (laughs) We had started shooting the movie before I conceived her. I didn’t know I would be pregnant that time and that I was going to have a baby girl. So, the idea of writing to showcase her is out of it. She was 3months plus when we shot the movie, she has featured in more movies thereafter and some of the movies are out. So if it is to showcase her, I believe the Lord has showcased her right from the day she was born through the testimony of her birth. To God be the glory.

I needed baby girl for the role and she was available, so what do I do? I simply featured her because she was perfect for the role.

We noticed your daughter has featured in several film, how many films has she featured in from birth till now? 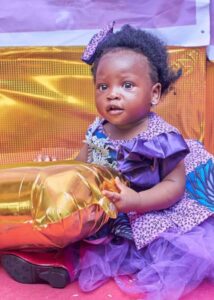 ?‍♀️ I’m very bad at keeping records, approximately???let me say 10 (that I can remember). You know we go together for the locations, that doesn’t mean she features in all the movies.

Do you plan releasing the movie on disc or only YouTube?

Youtube ONLY FOR NOW and TV stations LATER. Disc not crossing my mind …at least for now.

What’s the main idea behind “The Target” movie?

It’s a revelation. The Lord showed me how devil can manipulate A and B just to get C. Though C is THE TARGET, but A and B are the ones paying the price. May God help us