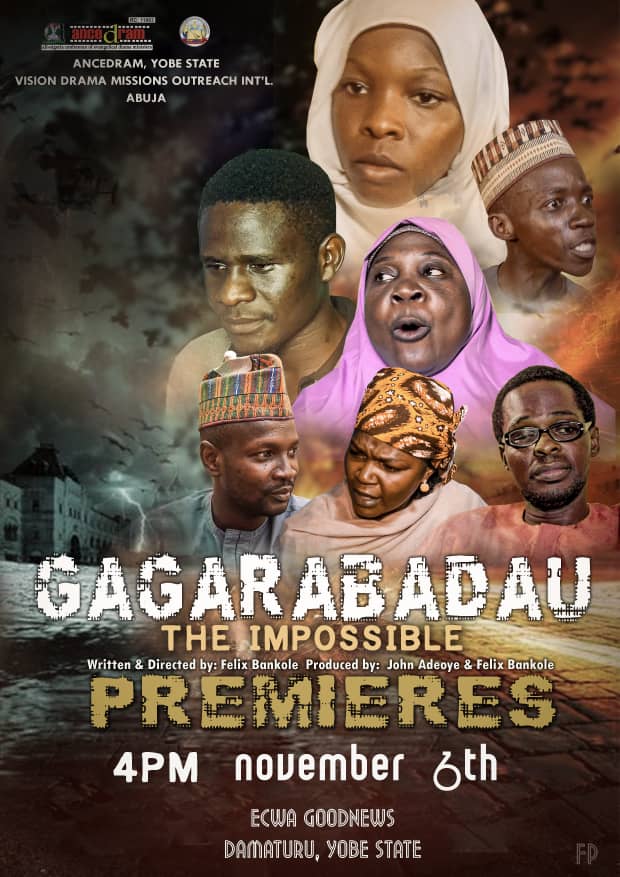 A new Hausa Gospel Thriller, ‘GAGARABADAU’ which is interpreted as ‘The Impossible’ will be premiered in Damaturu, Yobe State capital this week, Gospel Film News can confidently report.

Gospel Film News gathered that the movie which was a collaboration between All Nigeria Conference of Evangelical Drama Ministers, ANCEDRAM Yobe State Chapter and Vision Drama Missions Outreach Int’l Abuja, Nigeria is written and directed by Northern-based Drama Missionary, Felix Bankole, produced by John Adeoye and co-produced by Felix Bankole.