In time past, it is widely believed among the Africans that an elephant doesn’t trumpet, and it’s calf also trumpet, which literally means that children don’t operate where their parents are operating, but reverse is the case in Nigerian Gospel Film Industry, as the industry is filled of filmmakers’ children who are excelling in the filmmaking world just as their parents are doing. Dare Fayemi, Gospel Film News’ Ibadan Bureau Chief compiles the second list of Gospel Filmmakers’ Children following in their parents’ footsteps: 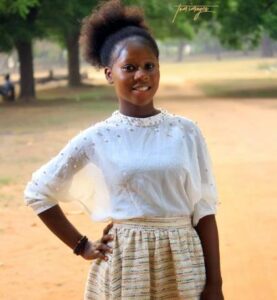 Ayomide Segun Badejo is a female gospel actor, Online TV Host and Continuity Manager, born on 8th February, 2000. She hails from Ijebu-Ode, Ogun State Nigeria. She is the daughter of popular drama missionaries and filmmakers, Evangelist Segun and Titi Badejo of The Gideons Mission. She is the first of 3 children. 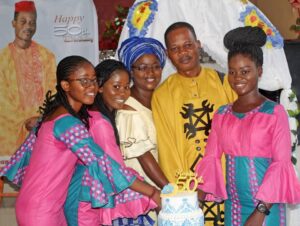 Ayomide attended Honeycomb College Ibadan for her secondary education, studied English at University of Ibadan.
She ventured into film making as a young girl as she featured in one of her dad’s movie. 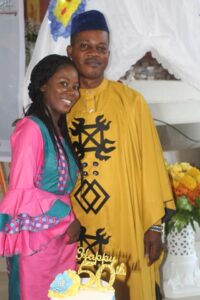 Her area of specialization is continuity management and Scriptwriting.

She is presently one of the hosts of an online movie review programme, “Watch and talk”. 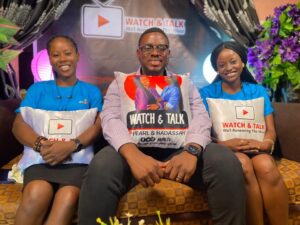 She has acted in movies like Clash in Oruland, Twinkle of an eye, Journey in a circle, The narrow way, Awon Akoni, Big girl, The cradle, Like a dream and many other movies. 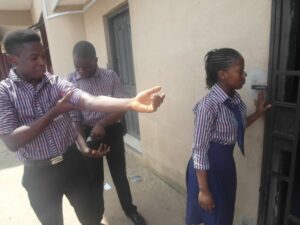 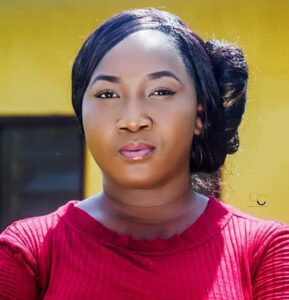 Glorie Adepoju is a Creative Writer, Makeup Artist and female actor. She was born the 3rd of November in the early 90s as the first child of Drama Ministers and members of Mount Zion Faith Ministries, Evangelist (Dr) Joseph Yemi and Mercy Bola Adepoju. 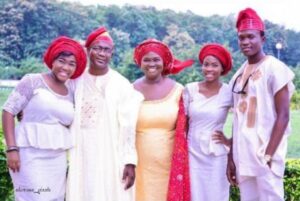 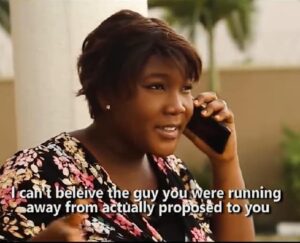 She has acted in movies like: Blood on the altar, Captives of the Mighty, Attacks from home, Accursed children, Apoti Eri, The Puppeteer, Gbemi, High Calling, Josephine, Identity crisis, One careless night, Tight Rope, Pakute oro, Abattoir, Unlocked, amongst others. 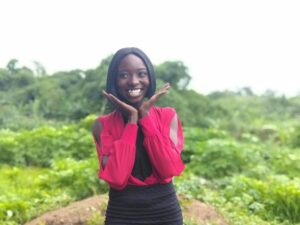 Bamidele Precious Oluwanifesimi Oluwajomiloju is a Makeup Artiste and female actor. She is the fifth born of Drama Ministers and Members of Mount Zion Faith Ministries, Evangelist Matthew Bamidele and Dasola Bamidele. 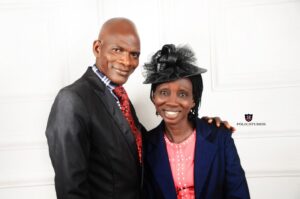 She was born on the 3rd of November, in the south western part of Nigeria. She is currently a final year student of International relations at Obafemi Awolowo University,Ile- ife.
She was born into drama ministry and all it took her was just to find her area of interest. She knew from onset that it was make up for her because she is pretty good at making up herself and she also hated seeing terrible make up in movies. 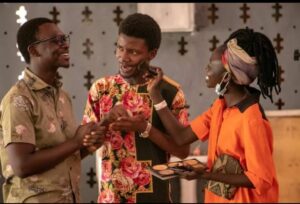 It was her sister who was into it first, she took her on locations to assist her and from there on, her sister passed the baton onto her.
She has featured as a cast in movies like; The Ignition, Ipenija, Etutu Irorun, Accursed Children, Identity Crisis, Never too late, Chris’ Heartbeat, The bond and as a crew in movies like; The bond, Chris’ Heartbeat, Inferno, Widow of Orelonpe, Jinxed, etc. 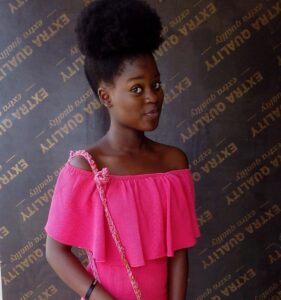 Ifeoluwa Segun Badejo is a Scriptwriter and female actor. She was born on 15 February 2002 the second child of popular drama missionaries and filmmakers, Evangelist Segun and Titi Badejo of The Gideons Mission. 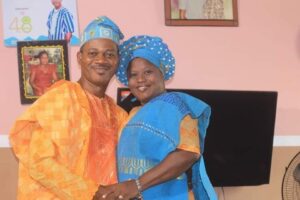 She attended Olagoke International School, Ibadan for her Primary School Education, Starlite College and Quintessential College for her Secondary Education, and presently an undergraduate of Federal University of Agriculture, Abeokuta (FUNNAB).

She was born into drama ministry and she developed passion for drama over time. 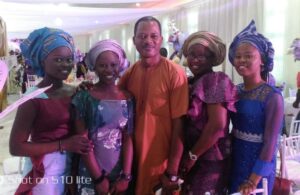 She has featured in blockbuster movies like; Fears to the Wind, Journey in a Circle, Little Angel, Awon Akoni. The Cradle, etc. 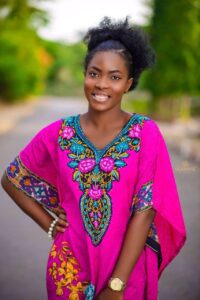 Ruth Grace Adepoju, born 5th May is a Cinematographer and Editor. She is the second daughter of Drama Ministers and members of Mount Zion Faith Ministries, Evangelist (Dr) Joseph Yemi and Mercy Bola Adepoju. 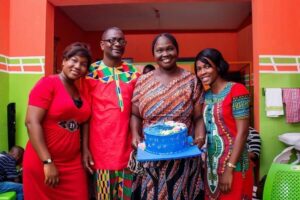 She had her Secondary School Education at St Theresa’s College Oke Ado, Ibadan, then proceeded to The University of the Nations, Media Village, Jos where she studied film production and media studies, because of the spirit of the vision of her parents resting on her, she dedicated her gifts and skill to God.

She has shot many first rated movies as a Director of Photography after being mentored by veteran cinematographers in the ministry. Movies like Elyashib, Anabel, Home in the Wilderness, One Street One Sound (OSOS), Encounter, The Eve, Akanji, Vindicated and many more are to her credit. She was awarded the best in video production during her university days in Jos. 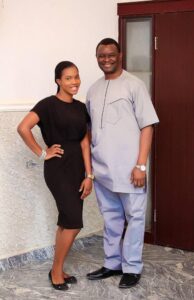 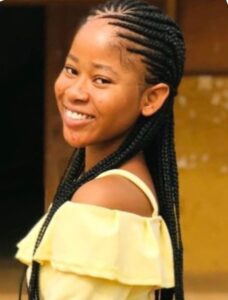 Oreoluwa Segun Badejo is a Gospel female actor, born 25 February 2003 is the third child of popular drama missionaries and filmmakers, Evangelist Segun and Titi Badejo of The Gideons Mission. 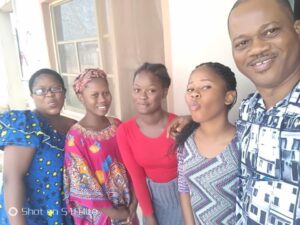 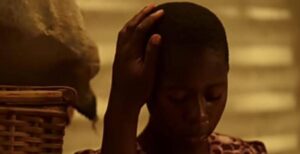 Her entrance into filmmaking was actually through her parents, in the movie, “Haunted,” when they needed someone to act Darasimi Mike-Bamiloyes younger version so her parents were called to inform her. She has also acted in movies like; Journey in a circle, Awọn Akoni. 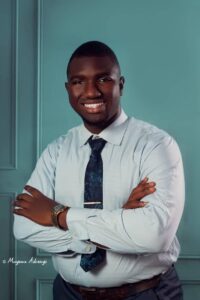 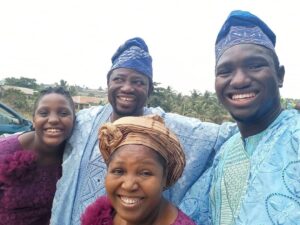 Filmmaking has been in his blood, He has been going to film locations since he was very young. As a toddler, the first movie he acted in was Captives of the Mighty and has acted in other couple of movies. 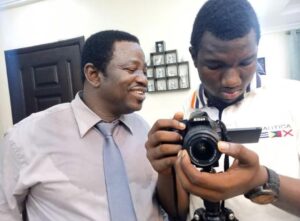 He developed interest in screenwriting when he started reading his father’s scripts and Mike Bamiloye’s scripts like Haunting Shadows and Blood on the Altar as far back as when he was six.

He wrote his first script, ‘Brood of Vipers’ at age 15. 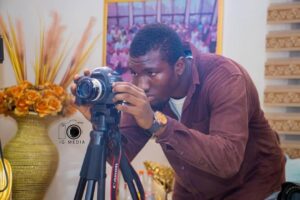 He has acted in movies like; Captivities, Blood on the Altar, Seed of Destiny, Glory at Dawn, Figured at Night, Checkmate, and as a Crew member in One Street, One Sound, Checkmate, Chris’ Heartbeat, Snare.