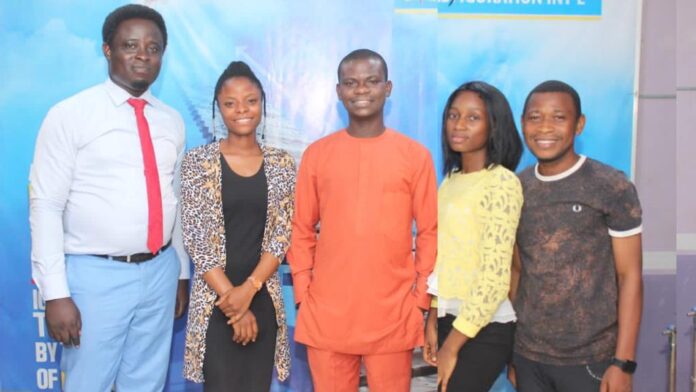 The management of Gospel Film News, the No. 1 source of news about the gospel film industry has unveiled its anniversary logo, theme and hashtags to commemorate the 5th anniversary of the News Organization.

In a statement released by Gospel Film News Publisher, Oluwafemi Dosu, he stated that the logo, theme and hashtags is to officially kick-start the preparations for the anniversary celebration that will be holding April 1st, 2023.

He stressed that the anniversary is not a show off but a celebration of how God has been faithful to the organization since 2018 that it started, adding that Gospel Film News pioneered professional journalism in the gospel film hand drama industry. “The GFN by God’s grace has been able to promote and project the gospel film industry in Nigeria especially to the world at large. GFN has also established presence in all continents of the world as at today,” he added.

Dosu noted that through GFN, numerous news platforms have seen light, arised and projecting the gospel film industry. He therefore call on the general public to come celebrate with Gospel Film News for this great feat.