In the euphoria of a brand new year 2022, the management of foremost and reliable source of information in the gospel drama and film world, Gospel Film News has sent a goodwill message to all readers, lovers around the world and appreciate supporters and advertisers for 2021.

This is contained in a Statement signed by the Publisher, Mr. Oluwafemi Dosu on Saturday 1st of January, 2022.

Dosu in the Statement noted that God has been so faithful to the organization since inception, especially in year 2021, saying the kind of favour received last year is nothing to be compared to previous years as God has brought Gospel Film News to a place far above. News from Gospel Film News according to him is read by virtually all continents of the world. 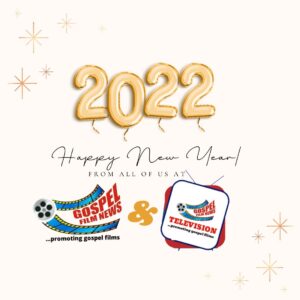 He further thanked all readers and lovers of Gospel Film News for always following and reading up every content from the organization, noting that the readership of news and contents from Gospel Film News has increased greatly. He thanked those who always show their love in different ways in the just concluded year.

The Publisher added that every single advertiser and supporter financially made the job easier in year 2021. He therefore call for more support and adverts from the general public, drama ministers, drama ministries, production organizations, churches, etc as the organization is open to profitable partnership anytime anyday.

According to him, there are loads of plans, contents that will be unveiled in due course.

He finally wished all readers, lovers, advertisers and supporters a prosperous year 2022 and prayed that God will make this year a turnaround year for them.

Exclusive! How Ojinnaka was re-elected as ANCEDRAM President

Many ladies move around with ‘packaged beauty’ – Mike Bamiloye