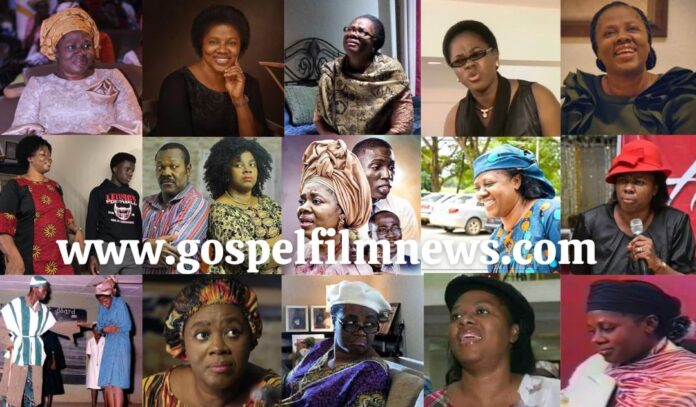 The girl kid continues to develop into a woman for the rest of her life. She would never comprehend labor agony or the true meaning of being a wife unless she experienced it. However, the creator had everything hardwired into her when he made her, and until she realizes this, her greatest strength might never be actualized. Many women devalue themselves by adhering to theories and systems that make them forget the power the creator invested in them. Some people believe it’s best to minimize oneself in order to fit into some institutions so they can be wife(d) or fulfilled, but as the Apostles teach us today, women are gates—they house and bring more to life than they can possibly imagine.

After God, Benny Hinn asserts, “a woman is the most powerful person in a man’s life.” Imagine such power!. Consider also that the serpent had to go through Eve in order to persuade Adam that the apple could be consumed. Imagine such power, I repeat. Women don’t need to dress up in any manner to affect change—Jesus Christ had an impact on an entire village by interacting with just one Samaritan woman. Being a wife and mother is entirely different from being a woman- no one can be both at the same time; she can’t be a wife to her kids and can’t be a mother to her husband. The girl child goes through different processes at every level of being, whether or not she believes or she is ready for it.

Considering that everyone has a ministry, it is false for anyone to think ministry is just for a selected few as each and every person is designated to do something, whether they know it or not. Some are assigned to territories, others are to nations, others to their own families, or immediate communities. If by now you don’t know yours, it’s ideal that you do as that is the real reason you were created and you must give an account for having carried out the task for which you were put on earth in the Book of Books.

And I saw the dead, great and small, standing before the throne, and books were opened. Another book was opened, which is the book of life. The dead were judged according to what they had done as recorded in the books

“Follow him and your ministry will be birthed from his” Who would have thought that these words would ever come true, especially when one looks at the man they are to follow and sees that they have nothing to do with the ministry you thought you were to do on a pulpit (What would link drama with preaching on a pulpit?). However, this is Mummy Gloria Bamiloye’s reality and her narrative.

She accompanied her husband, playing the silent partner so that he may carry out the ministry God had called him to, and she surprisingly found herself living out her own along the way. … Such words may sound silly to today’s feminists, but they are accurate when one considers the top women in ministry, who are often referred to as their husbands’ greatest supporters. These women decided to take action, even if it meant playing tbe silent partner until the right moment. The common man became familiar with their husbands, but not with them until their time had come.

Regardless of the fact that I have never met Mummy Gloria Bamiloye, I am her admirer. I have read the notes that her husband, Evangelist Mike Bamiloye, has written about her. I’ve grown to appreciate her artwork as well. And from my careful observation, I see her as one who truly held down the fort at home while the Evangelist labored away making the masterpieces we have all come to love, I have occasionally prayed to be a woman with some of her wifely traits when I become a wife. I solely think that the ripple effect of her children and grandchildren becoming inclined to the followership of Christ was birthed from the things she did that we never saw her doing.

Along with her lectures and teachings, her motion pictures, such as “Inner Beauty,” “My Mother-in-Law,” “House on Fire,” and many others, convey more about her and her ministry. The themes that she employs to convey her passion to mend broken homes speak more to what the Lord has called her to do and how she is pursuing it with the means he has appointed for her spouse.

There are many counselors available for single women, and Gloria Bamiloye, a mother, is one that is recommended. She is a teacher, and anyone can tell by looking at her family that she is knowledgeable in the subject matter.

One must be ready; simply wanting to get married and participating in innumerable vigils and prayers is not enough for marriage.

Diary of a Drama Missionary 4