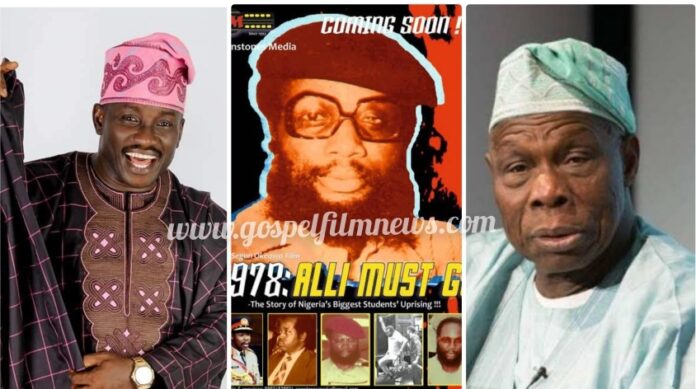 Gospel Film News gathered that the film which is expected to be shot this year 2022 is a recap of the events of the popular students’ uprising led by the then NUNS (National Union of Nigeria Students) National President, Comrade Segun Okeowo.

“ALI MUST GO” is a historical documentary film about Nigeria’s greatest students uprising of 1978 !!!

Chief Obasanjo commended the initiator of the project and scion of the Late Student Union Leader, Evang Kolade Segun-Okeowo, KSO. Obasanjo also expressed his willingness to watch the movie.

Speaking further, the former Head of State, whose military regime was at the centre of the ALI MUST GO crisis; said the film will be a great source of knowledge and information to the younger generation.

He opined that ” any human institution that wants to strengthen itself must learn from it’s past” and the events of ALI MUST GO being a major part of Nigeria’s past ought to be captured in a film.

INTERVIEW: Gospel Filmmakers should Recreate ‘Passion of The Cross’ in a...