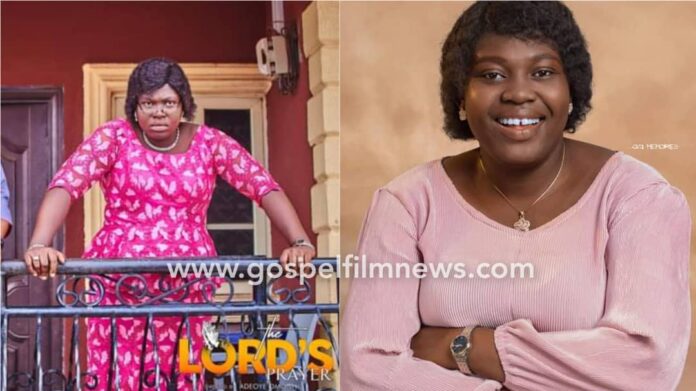 Female Gospel Film Actor, Seyi Pedro-Adetola has announced that she is putting a pause to appearance on film location for now.

She made this announcement on Tuesday on her verified Facebook page.

Pedro-Adetola said for the next one month, film location is paused, but biblical teachings and writings will not stop.

When contacted by Gospel Film News she disclosed that she’s not quitting acting but only taking a break for the month of October to finish up with a book she’s currently writing entitled “When God Says No.”

She further assured that she will resume filming in November, 2022.

The popular Actor thereby apologized in advance to people not to get angry if she doesn’t return missed calls or reply messages on time.

‘I Am A Thief,’ Says Drama Minister, Wale Kayode