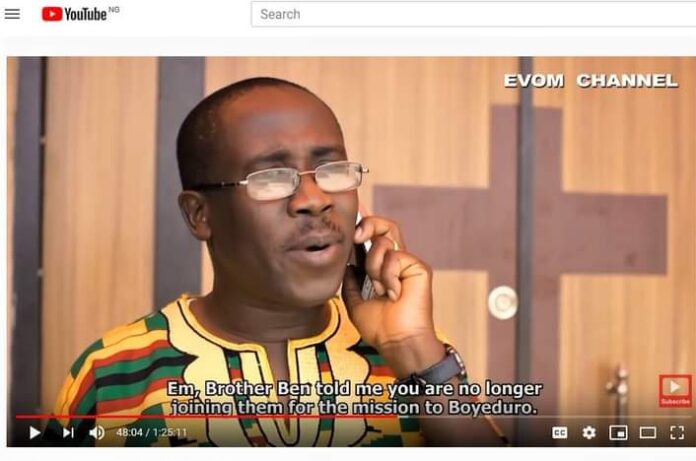 He revealed that the title of the film is “Why?”

“‘WHY?’ is the title of a new movie by EVOM Films Inc. while we look forward to seeing SPOKEN 3, God instructed us to produce ‘WHY?’ By God’s grace, the movie will be shot this weekend, from Fri. 8th July 2022,” he said.

Gospel Film News learnt that SPOKEN was initially suppose to be one part but while shooting part one, God instructed them to shoot part two.

According to Agboola Spoken part 3 is also going to be shot very soon.

Michael Oluwasegun of EVOM to get married tomorrow

Meet Mount Zion Member Who Has Written, Published Over 50 Books,...