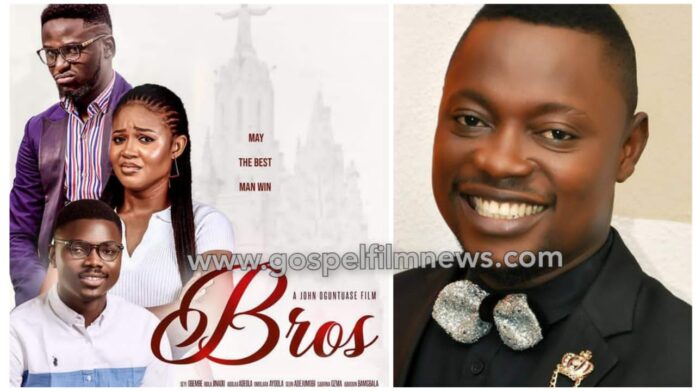 Have you ever heard, “Don’t look for a spouse in church”? Anyone can pretend to attend church. People can pretend to have a positive attitude by dressing nicely and driving to church while under stress or after being bullied by their spouse or in-laws. People can raise up their hands, their eyes could be closed and they could appear solemn, and even the compliments they give to one another during church events; however, no one can hide their relationship with the Holy Spirit, and we can tell by the way they act, not the church they attend.

God has long established marriage as an institution, and since he alone is the one who knows that the Holy Spirit is the best professor and department head any student in that institution can have, he alone is the vice chancellor of everything that occurs there. If you attended the incorrect school, you can change it. You can also choose a different course of study and change jobs if you ever want to. However, this is not the case with marriage—the change you will want can’t just happen. This is according to Dr. D.K. Olukoya in his sermon on choosing a life partner. You truly are getting nowhere when you dispute with your lover and then go into bed with them

The film “Bros” by John Oguntase is fantastic because it is unpredictable, unlike other Christian films with demons and enemies, and it captures the story of the modern spiritual sister and brother and explains why many of them may actually be single despite claiming to receive guidance from the Holy Spirit on matters affecting them and others.

Believe it or not, everyone is beautiful. It’s possible that someone who appears different isn’t beautiful simply because they haven’t used the right product or dressed admirably; some people only need to smile to look attractive. However, the weight that many people place on themselves when they are under pressure sometimes shows through on their skin, making them appear as though they have nothing to offer life or themselves. Gospel Film News.

Men express their need for love in a variety of ways, often depending on their temperaments. I advise everyone, married or not, to read Dag Haward Mills’ book “The Model Marriage.” They act and remain drawn to a woman for a variety of reasons. According to the proverb, nice girls often find bad guys, and vice versa, but in reality, moral men frequently assume they can and should find the proper woman because they themselves are right, omitting the fact that even the spirit-filled, pious, articulate sister also appreciates being pampered. Some of them even go so far as to expose themselves to multiple sisters, giving each of them the same approval towards him, whereas a non-believer, for example, knows he wants to be involved sexually with a specific woman, so he plans only for one person and remains open to engaging in whatever the woman may find appealing until he achieves his objective.

Storytellers frequently anticipate how their tales will end. God, like them, is aware of the beginning and the lesson he wants us to take away in the end. He is aware of what is best for us, what we can handle, and who is capable of traveling with you. The actual visions of our lives are given to us as individuals; the church doesn’t know about it, and a pastor doesn’t always know—”They prophesy in part and see in part.” Thankfully, he also speaks to those who are close to him verbally in addition to dreams and visions. Gospel Film News.

For instance, Sister Glory like any other sister, might have been persuaded that Brother Matthew; the great bar preacher was the right choice for her or that brother Tobi might have been right by her if she only saw him speaking in tongue but that isn’t his true self, which is where the Holy Spirit views us from. Imagine if he had gone to the vigil and was speaking in the imitation tongues he had learnt. Thankfully, her beloved brother Dare came through when she opened up to him; he wasn’t ready to abandon her She had been convinced by the Holy Spirit who her beloved was and might have missed it if she wasn’t accountable to her pastor or to the Holy Spirit to crosscheck on things before settling.

The purpose of John Oguntase’s movie; in my opinion, was to alert spiritual singles to the fact that getting it right in marriage would not only result in the other partner speaking in tongues and acting like a preacher, or a church goer but that the conviction from the Holy Spirit would be necessary as anyone they go with would also have an impact on all other relationships and activities in their lives especially their very relationship with the Holy Spirit. Gospel Film News.

“HIM, HER& I” part 17 by Opeyemi Ojerinde Akintunde

Drama Ministers Fasting and Prayer Day 19: The Season of Falling...