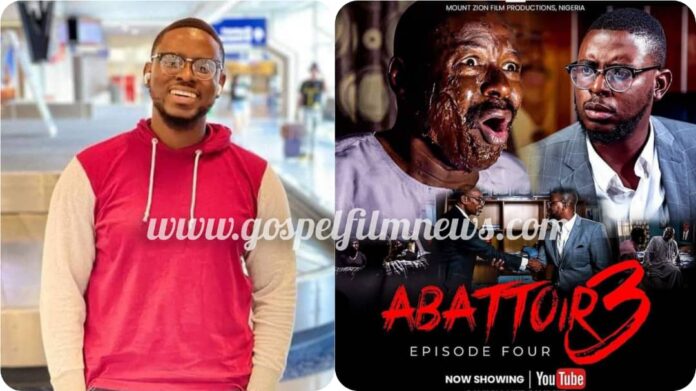 The producer and director of Abbatoir Seasonal Movie, Damilola Mike-Bamiloye has announced the end of season 3 of the movie, Gospel Film News gathered.

In the announcement, Damilola stated that as Abbatoir Season 3 comes to an end and as everyone anticipates the final episode this Sunday, himself and his team would like to say a big thank you to everyone who has watched, shared and even given to the great project.

He prayed that the Lord bless and enlarge them all, adding that he wished season 3 won’t end this Sunday.

“Please keep praying for us. On behalf of the crew and cast we love you,” he said.

A reliable source disclosed to Gospel Film News that another film will be released after this last episode of season 3 instead of season 4 of Abbatoir. 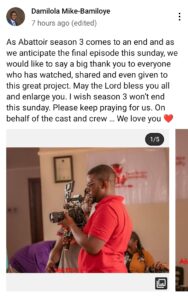 What determines if we can direct your movie or not, directors...

Hand of love as FEED A FAMILY with DAZZLE STAR FOUNDATION...