A gospel film director, actor and producer, Pastor Victor Olukoju has affirmed confidently that best actors are in the body of Christ. 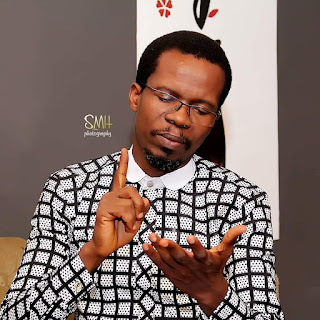 Victor Olukoju also known as PVO made this known recently during an interview with Gospel Film News correspondent, Ifeoluwa George.

“We are not where we used to be. A lot of great improvement among our movie directors. Great directors are emerging! Our actors are not doing badly at all. Fantastic brethren doing fantastic jobs… I’m one person that believes that the best actors are in the body of Christ,” he noted.

PVO however disclosed that there is room for improvement among Christian actors because they can do better than what they are currently doing.

He also noted that he can never direct secular job, adding that It’s like asking if a bird can start living in the ocean.

“No,  I cannot and the reason is simple. Secular and evangelical movies are not driven by the same ideology. I consider it sheer waste of time and grace to get involved in what heaven will not benefit from. I’m a bound servant of Jesus.”

The director of ‘Akobi Laaroye’ who is also a missionary has served in Ghana mission field for over 10 years before the Lord asked him to come back to Nigeria majorly studied film at Mount Zion Film Institute.

While speaking on his new vision, ‘Just a minute with PVO’ he said the idea is his ruminations and mediation. It will come once in a week in video format. 60 seconds of sharing eternal truth weekly, adding that it will take off June 3rd 2018, every sunday and he trust God that this will bless a lot of people.