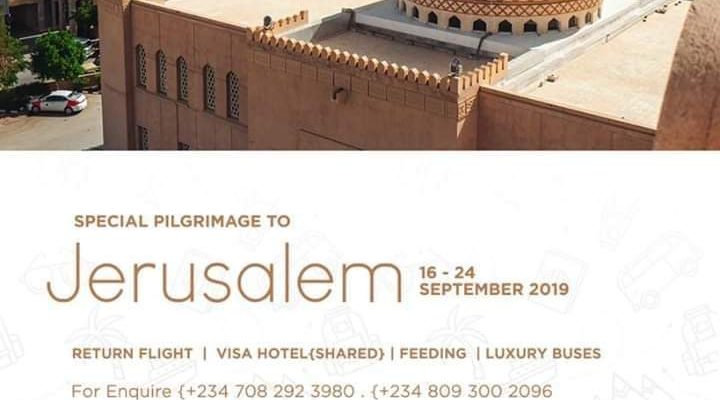 As preparations mount top gear for the special pilgrimage to Jerusalem with legendary filmmakers, a call has gone out to gospel film producers across the nation to submit their films for the trip.

According to report gathered by Gospel Film News, the films submitted will be used as a souvenir at Jerusalem. This will enable gospel films to reach a wider audience and fulfil its original purpose which is to bless lives.

The Ilorin based filmmaker in a recent statement stated that “as Drama Ministers leads others to Jerusalem, We want to take as many Christians films as possible along with us as a souvenir. If you wish to give us your ministry films (CDs & DVDs), kindly bring it to any of the ANCEDRAM Regional congresses next week.”

It may interest you to know that the deadline for the collection is 5/9/2019.

The trip is powered by Ufitfly. Ufitfly which has been supportive to the music and film sector has once organized special trip to Jerusalem for people with popular acts likes Tope Alabi, Bola Are, Bukola Akinade (Sewenle Jesu), Ayo Ajewole (Woli Agba) among others.

Among other things, the aims of this special pilgrimage with gospel film makers includes: