“BE STRIPED NAKED..TO MOVED ON”

John 19:23-24
23. Then the soldiers, when they had crucified Jesus, took His garments and made four parts, to each soldier a part, and also the tunic. Now the tunic was without seam, woven from the top in one piece.
24. They said therefore among themselves, “Let us not tear it, but cast lots for it, whose it shall be,” that the Scripture might be fulfilled which says: “They divided My garments among them, and for My clothing they cast lots.”
Therefore the soldiers did these things.

So, The Lord Jesus was crucified without any clothing on. STRIPPED Naked. . When He died on the cross, Joseph of Arimathea and Nichodemus brought spices and linen to wrap His body and bury Him in the tomb. But when He resurrected on the third day, the linens were still in the tomb.
HE LEFT THE LINEN BEHIND.
STRIPPED NAKED AGAIN? 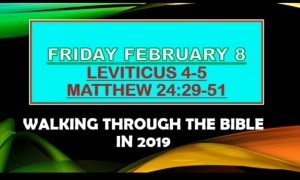 Luke 24:12 KJV
Then arose Peter, and ran unto the sepulchre; and stooping down, he beheld the linen clothes laid by themselves, and departed, wondering in himself at that which was come to pass.

However, when He would appear to Mary Magdalene soon after, He was in another robe, which MARY mistook for the robe of the Gardener. Why? He was yet to go to Heaven into the Heavenly Temple with the Blood of the Sacrifice. And when He would appear again to the disciples in a closed room, His robe was a white glorious one. He had changed His clothing again. And with that glorious white linen robe, He ascended to Heaven before all the disciples.

So, between the death of Jesus Christ and His ascension to Heaven, He experienced several de-robing and change of clothing. Why was this necessary. Apparently, to show us a great lesson that, in order to move forward towards fulfilling your divine purpose for living and establishing the purpose of God on earth, you will have to experience some de-robing into Striping Naked, into some changing of clothings to move forward.

Joseph’s garment was stripped off his body four times on his way to fulfilling his divine purpose. On each occasion, he was stripped almost naked as he journeyed forward towards his becoming the ruler who would receive the worship and the bowing of the sun, moon and the eleven stars.

On him, first, was the coat of many colors which was his factor of Pride and Self Glorification. The garment separated him from his brothers. He was his father’s chosen one. His father’s pet. Loved above the rest. Yet, The Lord must prepare him ahead of his future assignment. So, he needed to be striped naked of all his pride and be humbled to be bendable in His hand. Slaves are usually sold without any clothes on them.

So, his gorgeous coat needed to be stripped off him for him to start his journey to his divine destination. He was sold as a slave into Portiphar’s house. He became his househelp, wearing an official cloth again. And the Bible says, that Joseph was made the overseer of Portiphar’s house and the house was so blessed because of Joseph. He was so comfortable again. But that was not his destination, he must move on. God must move him on.

And TO MOVE ON TOWARDS HIS DESTINATIONS, HE MUST BE STRIPED NAKED AGAIN.
Therefore, when it was time for him to move on in his journey toward fulfilling the plans of God, his clothes had to be stripped off him again.

Genesis 39:11-12
11. But it happened about this time, when Joseph went into the house
to do his work, and none of the men of the house was inside,
12. that she caught him by his garment, saying, “Lie with me.”
But he left his garment in her hand, and fled and ran outside.

Next destination: Dungeon.
Apparently, he came into the prison either naked or half-naked, and then, must have been given a prison garment to wear. After more than two or three years, it was time for The Lord to move him forward towards his divine destination again, so, Pharaoh had to dream the dreams no one in the land could interpret; and he had to send for Joseph who had been gifted in interpretations of dreams and visions. the invitation was urgent and the Palace Chariot was sent to convey him from the prison. He had to remove his garment again. However, this time, it was a pleasant derobing:

Genesis 41:14
Then Pharaoh sent and called Joseph, and they brought him quickly
out of the dungeon; and he shaved, changed his clothing, and came to Pharaoh.

He changed his dungeon clothing. The chariot from the palace was outside to convey him to the palace to see the king. This new clothing can not be slaves’ clothing, but the ones befitting the palace. He stood before Pharaoh, unconsciously standing on the ground of his destination. He interpreted the King’s dream and gave him the solutions.
Oh! HE MUST MOVE FORWARD AGAIN, THIS TIME AROUND TO THE LAST STAGE, HIS FINAL DESTINATION THAT HEAVENS HAVE BEEN WAITING FOR….HE NEEDED TO BE STRIPED AGAIN….FOR THE LAST TIME.

Genesis 41:42
Then Pharaoh took his signet ring off his hand and put it on Joseph’s hand; and he clothed him in garments of fine linen and put a gold chain around his neck.

FOUR TIMES, his garments were removed from him to pave the wave for his moving foward towards his destination.

What is this garment that must be stripped off us if we must move on towards the destination of our earth purpose? God does not use a man without stripping him of his pride first. And if a man is not willing to be stripped of his coats of many colors, he is not ready to be sold as slaves towards his ministerial destination.
YOUR COAT OF MANY COLORS IS …YOUR PRIDE…YOUR AMBITIONS…YOUR TASTES…YOUR EGO…..
Many of these have to be submitted at the feet of Christ before we can be usable in his hands.

Many gave their lives to Christ without any readiness to be stripped of their Pride or of Anything.
THEY HAVE THEIR UNCHANGABLE GOALS AND DESTINATIONS HANGING ON THEM LIKE A CLOTH.

The day Peter, James and John were to be called to follow Jesus, their Professional Pride was seriously deflated. They had labored all the night, employing all their professional tactics without catching a single fingerling. They caught nothing. They were de-robed. They were seriously humbled, because God wanted to meet them at the point where they would need His help. Their skillful wisdom in catching fishes had failed them. They were disappointed by all their skills, until the Master showed them that only with His power and wisdom could they amount to anything.

Many children of God have never been able to get to their Heavenly ordained destinations in life, because they refused to be stripped of their Personal Ambitions and Goals which are completely in opposite directions to the place the Lord God has for them. Some have been holding on tightly to their Principles and Philosophies which had robbed them of the Blessings of the Lord for their life. Some refused to change their Clothing of Anger, Pride, Impatience, and love for Flamboyance and Prodigality, even after giving their lives to Christ.

Some have given their life to Christ, but that has not stopped them from attending night parties and superfluous social gathering of unnecessary vanities where beers and strong drinks are freely in massive abundance and scantily attired women flaunt themselves around. They have refused to be stripped naked and humbled in order to move on.

When you have given your life to Christ as a child of God, is there any other things too big you would not be able to release for God, for the sake of the Kingdom of God? Could there be anything on earth again that you can not forfeit for the sake of making heaven? SOME PEOPLE HAVE CLAIMED THEY HAVE GIVEN THEIR LIFE TO CHRIST, BUT NOTHING IS MISSING IN THEIR LIFE….THEY REFUSE TO BE STRIPPED. No Old Things have passed away in their life and nothing Have become new.

But the Truth is: No one would move forward toward His Divine Destination or be whoever the Lord had planned him or her to be, if he or she does not get ready to be stripped of some things that would not conform with the next level the Lord is taking him or her.
SOME FRIENDS MUST GO AWAY!
SOME PATTERN OF DRESSING MUST GO AWAY!
SOME WAYS OF TALKING AND SOCIALIZING MUST BE STRIPPED off!
SOME AMBITIONS AND GOALS MUST CHANGE!
SOME BEHAVIORS AND ATTITUDES MUST BE STRIPPED OFF!

2 Corinthians 5:17 KJV
Therefore if any man be in Christ, he is a new creature: old things are passed away; behold, all things are become new.

If you desire to actually get to the Destination the Lord God has plotted down for you; if you desire to be exactly who the Lord has destined you to be; if you want to achieve God’s divine purpose in life and fulfill His divine Counsel for your generation and lifted up by His Hand alone, THEN, ALLOW HIM TO HUMBLE YOU AND STRIPE YOU NAKED FROM TIME TO TIME, IN ORDER FOR HIM TO CLOTH YOU WITH THE ROBES THAT FIT THE NEXT LEVELS.

A person who insists on having his ways all the time before the Lord, is the man who insist having the same Clothing on himself and refusing to change it. A man who does not care what the will of God is concerning his Goals and Ambitions and Purpose in life, and presses on going his ways and doing his things without care if it is the will of God or not, is a Person who never care to be stripped and humbled to receive the Robes for the next destinations.
SO, THEREFORE, MANY ARE NOT WHERE THEY ARE SUPPOSED TO BE,….NOT WHO THEY ARE SUPPOSED TO BE….NOT ACHIEVING WHAT THEY ARE SUPPOSED TO ACHIEVE IN LIFE….
Because, probably, maybe, per adventure, they have refused to be stripped and humbled to take on the new robe for their next destinations.

“Lord, Humble me, Stripe me naked of all that will hinder me from being what You want me to be.”
May all the garment of Pride, of arrogance and self-will on me be removed for the Lord’s garment of Honor and Garment. 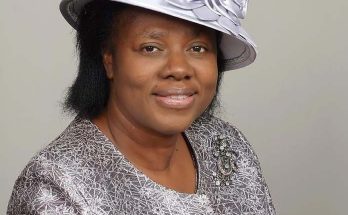