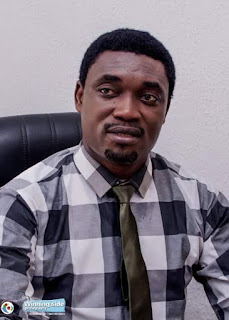 By Oluwafemi Dosu
The well celebrated movie director, Dr. Adeoye Omoniyi has newly launched an online TV channel.
Omoniyi unraveled this yesterday 30th December, 2018 while speaking with Gospel Film News in an exclusive interview.
The TV channel named OGONGO TV is linked  to a YouTube channel also with the name: ogongo TV. The newly launched online TV is an answer to prayers of many gospel film makers who have been yearning to reach larger audience via their movies.

He disclosed to our newsmen that he came up with the idea because of the reduction in DVD marketing, noting that everything has gone online.
“There are several onlive TV where secular movies are uploaded and at the end of the day they receive some money. I contacted some of the TV to give them some of the movies I directed but they refused because they were gospel. So I said I will start a standard one that will be able to compete with them. Thank God it is here, OGONGO TV,” he revealed.
Ogongo TV according to Omoniyi will help Gospel movies reach a wider audience both locally and internationally.
While reacting to question of whether it’s a 24 hours station,  the director said it is not a live station but the contents include Good  movies and Interviews of gospel film makers.
He continued: “We have uploaded a movie titled IRANSE OBA. IF the title is searched on YouTube it will come up and then the subscribed button will be pressed Or Visit the site to view the movie and then subscribed Or Follow the link to view our uploads and then subscribe
http://www.youtube.com/channel/UCJflrnBTDdP7HHklh-_Sbng.“