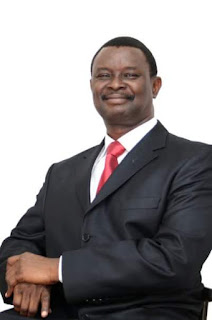 By Oluwafemi Dosu
The doyen of Christian drama and president of Mount Zion Faith Ministries, Evang. Mike Bamiloye is calling on Nigerians not to believe false informations given by the western world concerning Nigeria and Africa at large.
Bamiloye made this statement in a recent post he titled ‘Are We Destined To Believe Their Lies?’ on his facebook timeline.
“They said in a “Recent Report” that Nigeria has taken over from India as the World’s Poverty Capital, and we believe them. Must we believe everything they say? We may not be comfortable altogether, but to say emphatically that Nigeria is the capital of poverty in the world is a blatant lie,” he stated.
According to reports gathered by Gospel Film News, the drama icon noted that the Western powers are evil conspirators, they hate the Africans, adding that they like to concoct different lies against Africa.
He also reitrated that if Nigeria is the poverty capital of the world, why do they keep trooping into the country for business, why do they fill Nigeria Five Star Hotels spending on Nigeria drinks and food, saying thry are full of lies.
Bamiloye who hails from Osun state, Nigeria while expressing his grieviance disclosed that they would wish the World Largest Church building were situated in Europe or America.
He continued: “They are full of confusion. They don’t like our peace, they distaste our prosperity. They are enemies of Africa. They harbour the stolen wealths. They encourage the African corruption. They encourage the wars to sell the weapons.”
The respected minister of God however prayed that may the heart of Africa leaders be renewed to serve with Godly Fear, may the heart of the African citizens be full of the Fear of God and may the Lord deliver Africans from the evil Western Conspiracy.