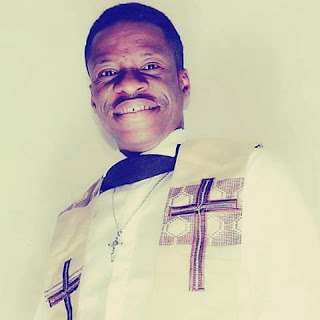 By Oluwafemi Dosu
The known Faith-Based film maker and producer of Awo Jesu film, Bishop Oreofe Williams has revealed why exactly people call him Bishop.
Williams in an exclusive interview with Gospel Film News stated that when people begin to see your qualities as a leader and they want to show some kind of respect for you they just give you a name, they either call you a pastor when you don’t even pastor a church or they call you a bishop, saying he has a mentor who calls him Archbishop and that is just by looking at the qualities in him as a leader.
He however noted that he is not a title person, not even a title person to the academic level, adding that he doesn’t believe in titles but people who follow him want to call him bishop because they don’t want to call him by name or whatever and he just discovered that he can’t even correct it. 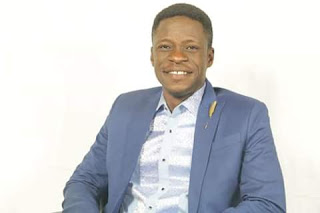 The film maker further told Gospel Film News that when he was in secondary school he was being called a pastor and he was named a pastor by a Muslim.
‘’ One day i was late to school, i was a Day student of Ijebu-Ode Grammar school and one teacher, Mr. Akindele one of our very lovely teachers was beating people and when he got to my turn he said ‘lie down’, i lied down and he gave me a lash on the back and i shouted Jesuuuuuu then ran away. The next thing he said was ‘’Pastor Leleyi o (this is a pastor),’’ pastor come back here and take your Cain, so since then if i was going the teachers will say; call that guy that is pastor’, that was how i became a pastor and i think my character then also portray it a little,’’ he said
Oreofe Williams recalled the source of the name, Bishop, saying that the whole thing started when he was in 100 level at the university.
‘’When i also got into the university, one day during our 100 level, they asked somebody to pray and i just stood up and began to dramatise and i said ‘’may the Lord be with you all, cause his face to shine upon you, in the name of the father, of the son and of the Holy spirit’ and everybody was saying Amen. So, i left and when i was going, a friend of mine whose name was Akin wanted to call me but didn’t know me by name, he now said ‘’call me that guy that prays like a bishop’’ and everybody were shouting Bishop, so that was the way the name was stocked, so i became Bishop till forever,’’ he stated.