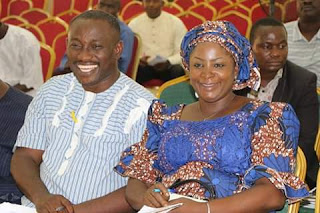 By Oluwafemi Dosu
The leading Drama/Film ministry, Christoline Ministries headed by Evangelist Kolade Segun-Okeowo is celebrating her 25th year of existence today, 6th of November, 2018.
Christoline which has produced countless gospel movies has been a tremendous blessing to lives both home and abroad.
In an exclusive interview with Gospel Film News this morning, the president of the ministry, Evang. kolade Segun-Okeowo the journey has been good and challenging, it’s been a story of ups and downs, it’s been story of joy and tears. Sometimes tears of pain, sometimes tears of joy and it has been a story of impact. 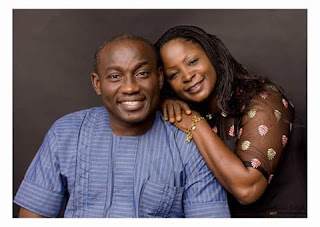 “One of the greatest joy of being in ministry is looking around and see people say they have been impacted by what we have done and one of the joy is when you do what you love to do. It’s as if you have done nothing. Drama is a passion, it’s something i love to do. Twenty-five years of doing Christian drama is being a blessing to me, i have received all kinds of blessings as a result of doing drama, my children have enjoyed blessings because they are children of KSO. It’s been a story of happiness, i’m happy that it’s also meeting me on the location of a film, i thank God for that,” he added.
While reacting to how the ministry started and how they got the name, Christoline he said: “What actually happened was that i started drama as a member of a church drama group in Ile-Ife, Assemblies of God church, Aderemi road. We gathered together as young people and we started a drama group, WatchTower Drama Group. Our inspiration was taken from the bible where the watch man was standing on the tower to warn the city of the approaching danger but for about five years of bearing that name we faced some challenges.”
He contined: “Many people equated us with the Jeovah Witnesses, immediately they hear Watch Tower they say ‘ah, this is Jeovah witness’ and you know, in the pentecostal circle there is stigmatization of Jehovah Witnesses, so we were being wrongly referred to as Jehovah Witnesses, so we have to wait upon the Lord for another name. We have to ask God what actually He want is to bear. Our ministry is based on Christ, we are doing movies to propagate the name of Christ. So, we came up with the coinage, Christ Our Only Line, the only line we want to follow is Christ. I am not interested in doing drama for other purposes but for the purpose of Christ. We are doing movies to propagate the name of Christ and that’s how Christoline came to pass.”
The veteran film maker while projecting the future reiterated that he is looking forward to movies that are impactful, adding that one of his visions for the next few years is to have a unique brand for radio channel that is basically for drama, a radio channel that is basically for drama and films.
“I discovered that we are living in a generation that is very fast, where people are moving very fast. Sitting down to watch might be something very difficult for people to do in this generation. A couple of times i sit down in my car listening to drama on radio and i discovered that this is an area we have not really explore. So, in the couple of months now, Christoline will be coming up with a radio drama that is devoted for drama and films,” he concluded.
For her part, the wife of the president, Evang. Sunmbo Segun-Okeowo noted that so far so good God has been helping them, saying there were times when the road was so rough as if they were not really sure they took the right step but thank God, adding that God see the ministry through and they are where they are today by His grace.
SSO further revealed that she was part of the ministry from on set: “We started together ooo(laughs). We started as a drama group and we were not married then when the ministry started, So we married in the ministry, gave birth in the ministry and retired giving birth in the ministry (laughs), even though we are giving birth spiritually. So, we started together.”
Responding to plans for years to come she stressed that “by the grace of God we have so many visions that we are trusting God for. On the family WhatsApp page, i was able to challenge members of the ministry that as far as i’m concerned, even though we are 25years it’s still a challenge to me because even a twenty-five year old girl should begin to prepared to get married and fortunately i got married at the age of twenty-two, So by that twenty-five wouldnt i have given birth to my second born?”
She continued: “I looked at twenty-five and think what have we achieved. Just like Apostle Paul, i am not yet satisfied, i believe we can do more. I challenge the brethren not to look at what we have achieved but what we have not. We still have a long way to go as long as God give us this life. I am trusting God that what we are going to achieve in the nearest future, we will look back at our achievements of twenty-five years and say this is small. that’s what i’m trusting God for.
The celebration met the ministry while shooting a film titled Ibeere Ogun (The beginning of war).

Christoline is a ministry with members