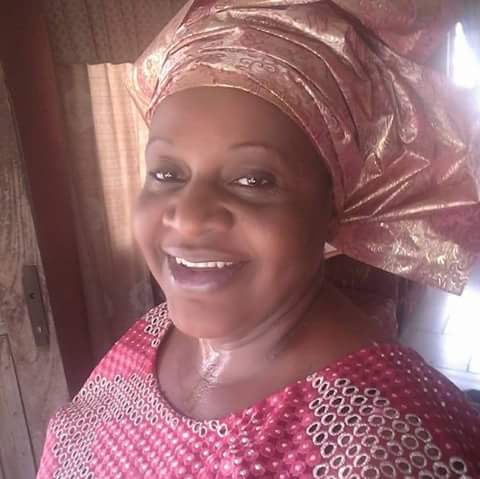 Deborah Funmilayo Ozuajeme Animasawun was born to the family of Late Pa. Daniel and Mrs Comfort Edgal of Eme-Ora Town in Owan West LGA, Edo State.
The first child of five children, Deborah grew up inside the University of Ibadan Community. She attended Abadina Primary School and St. Bernadines College Oyo and lager she completed her Secondary Education at Alimadiya Grammar School, Eleyele, Ibadan. After which she proceeded to Technical College Ile-Ife for training in Secretariat Studies and later to the Polytechnic Ibadan between 89/91.
Gospel Film News gathered that while still in Secondary School, she developed interest in Drama and then enlisted in a Drama Group in the then NTV under the tutelage of veteran Dramatist; Pastor Olatunbosun Odunsi. After a worthwhile sojourn in the teaching profession, she eventually ventured into early life passion which is Drama and Film making.
Some of the schools where she had taught are Apata Community Grammar School, Christ High School, Oleyo and St Anne’s School Molete in Ibadan.
In the early 90s, she attended Mount Zion Drama School and has since been featuring in various Christian movies some of which are Perilous Times, Esin Ajoji, Agba Woli, Iji Aye to mention but few.
A report by Gospel Film News says she began her own Drama Ministry known as Chosen Generation and had the following titles ti her credit: Aja Aye (Loose Women), Asale, Olamide, Heartbeat, Hidden Treasure etc even on her deathbed, she produced Alone with God which was premiered at wake keep on Thursday 25th of Oct. ’18.
Evang. D.F. Animasawun lived her life to the glory of God and service of humanity as she contributed immensely to the success of WorldHope Group of Schools, Badeku, where she assiduously worked to ensure a bright future for the children of people of low estate, her input in the Worldhope Health Centre Badeku can not be over emphasized.
She went out of her way to put many on the way to greatness and excellence.
After a protracted illness, she peacefully passed on to the vossom of her redeemer on the 3rd of October 2018 and committed to mother earth on Friday 26th of October, 2018.

She is survived by husband, Pa Idowu Animasawun, children and grand children.