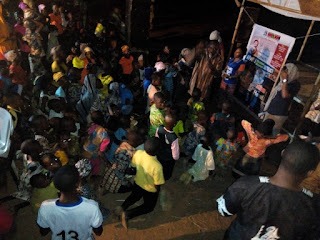 There was a massive soul winning and a warm welcome at the just concluded village outreach of the Lagos State chapter of All Nigeria Conference of Evangelical Drama Ministers, ANCEDRAM held at Apamu village, Ere, Ado Odo, Ogun state. 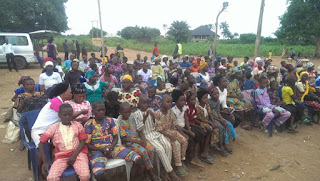 The Lagos State ANCEDRAM team which arrived Apamu about 12:06pm on Friday 15th June 2018 for the drama outreach, was warmly welcomed by the people and pastors of Christ Wonderful Prophetic World Wide Ministry lead by Pastor Moses A.S. Hodenu. 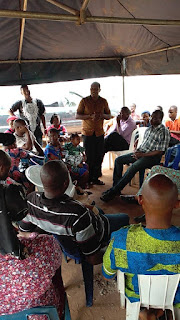 On arrival, the chairman of Lagos State ANCEDRAM Evangelist Isaac Afolahan admonished the team, adding that everyone should corporate with each other and the people of the village.

The team later that day launched into serious prayer followed  by publicity/ evangelism for an evening film show. 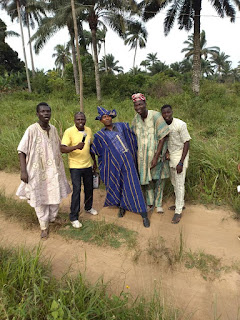 Evening programme started around 6pm where a film produced by Lagos ANCEDRAM titled ‘Bio o tie gbami’ was shown after which there was a massive turn out for  altar call.

The Saturday programme started by 8am with many divisions like prayer, medical, evangelism counseling and welfare which took care of the villagers need both spiritually and physically.

All the villagers came out in their hundreds to receive different types of gift item by Lagos State ANCEDRAM team.

It should also be noted that there was distribution of clothes, and foodstuffs to the villagers, alongside free medical check up and counselling on Saturday before the Evening programme.

The evening meeting started by 6pm with a powerful praise, follow by a short message by the chairman Evangelist Isaac Afolahan.

Our news men who were at the programme reported that there was an altar call after the drama ministration and many people came out to receive Christ.

The outreach ended on sunday, when the team heard a service with all the souls who gave their lives to Christ and a powerful prayer section for the church and all the souls won.