There was a little trembling at Ado-Odo, Ogun state as a live snake showed up at the film premiere of a gospel movie, ‘Akobi Laaroye’ yesterday, 24th of April 2018. 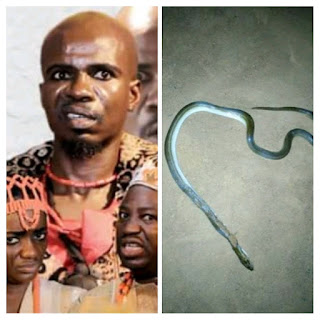 The movie which was produced by Evangelist Victor Olukoju has been enjoying premiere from one destination to another recently, even outside the country. 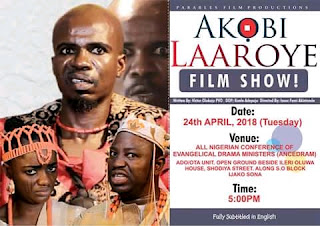 It was gathered through the Facebook page of Victor Olukoju that the snake was noticed by the leg of a sister who is one of the spiritual daughters of Prince Balm, a member of the host body. 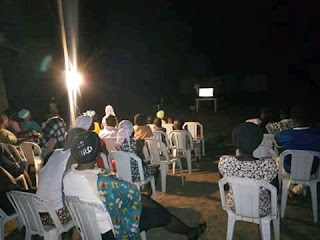 Balm reported that after the programme, the leader of the host association, All Nigeria Conference of Evangelical Drama Ministers, ANCEDRAM was still praying for the film maker and the community when he went to collect phone from one of his spiritual daughters to take more pictures as he noticed the snake by her leg. 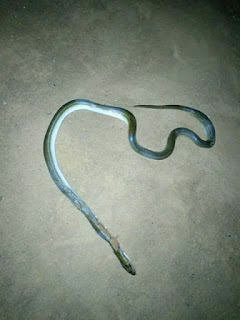 He noted that the snake was a big one but it was killed and burnt without harming anyone.

Meanwhile, the programme started late around 6:50pm as against what was planned. All Nigeria Conference of Evangelical Drama Ministers, ANCEDRAM Ado-Odo Ota unit hosted the premiere and 5 adult, 3 children gave their lives to Christ openly after altar call at the end of the film premiere.

2 Comments on “Trembling, as snake showed up at ‘Akobi Laaroye’ film premiere”