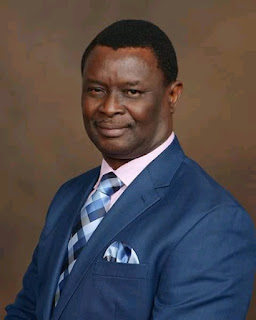 My Dear Sister was born in the Church.
She was dedicated in the Church.
She grew up and began to sing with her beautiful captivating voice.
She praised the Lord and sang among the Choir.
She has such a wonderful beautiful voice, invested in her from Heaven to Heal the Wounded and Encourage the Hopeless and Save the Wandering Souls.

But, later, I found her outside,
Singing for the World and using that great voice that belong to God to sing about “Baby”, Love, Guys and Pleasures and Money.

Later, I saw her picture
Wearing torn jeans like a Motor Mechanic uniform and
Wearing dreadlocks and exposing a little part of her upper breast.

Later, I saw her dancing and Twisting are body like a Snake.
Then i saw her dancing with a Muscular man in her video musical. Then, I saw the Man carry her in his arms in half nude clothing.

Later I saw her singing in the bathtub Beckoning at the Viewers to come. Oh! My Sister who grew up in the church singing for The Lord.
Oh! The various Choir Rehearsals!
Oh! The numerous fasting and prayers ahead of Church Conventions.

NOW Her beautiful Calling has been stolen by the World, to please the World.
MY SISTER IS ON THE LOOSE.
Who would bring her back?

Small time now, some of her Christian and Worldly friends would pick me up and begin to point to me that it is the FAULT OF THE CHURCH THAT SHE CARRIED THE GIFT THAT BELONG TO JESUS TO THE DEVIL.

They will say it is the Fault of the Pastors who have not encouraged her. But she was singing in the Choir before Now.
She was given chances to render special songs on Sunday naw.
She was asked to even sing at church anniversaries now.
Or how else must the Church support her?
Must the church buy her a piano?
Must the church pay her weekly for using her gift for the Lord?

Then all Ushers in the Church also must be encouraged.
All Protocol Officer and brethren at the Technical dept must be bought uniforms and encouraged too.
And we drama groups in church too.
The Church must build film village for us to encourage us.
They must use the Tithes to finance our Church drama groups and our movie productions.

Why must the church and Pastor be blamed for a gifted church singer who now chooses to sing at worldly concerts and clubs?.

I know what my Sister was looking for .
She wants FAME.
She wants FORTUNE.
SHE WANTS TO BELONG.
SHE WANTS TO BE FAMOUS.
But You can still sing for Jesus and for Heaven and still be Famous Now.
You can be famous as a drama actor  and and Actress without going into the World to act now.

WHO WILL HELP ME TELL MY SISTER THAT THE GIFT OF SINGING WHICH WAS DEDICATED IN HER ON THE DAY HER PARENTS CARRIED HER TO THE CHURCH AS A BABY FOR DEDICATION, BELONG TO JESUS CHRIST AND TO HIM ONLY IT MUST BE USED.

My Darling Sister.
Where are the Music Stars of
Yerster-years ?
Maybe you of them  have gone into Irrelevance.
Many of them are alive but searching around for Relevance.
Their fans have abandoned them for new Stars whom they also abandon when their relevance expires.
Do you want to end like that?
#mikebamiloyedevotionals
mikegloria.blogspot.com