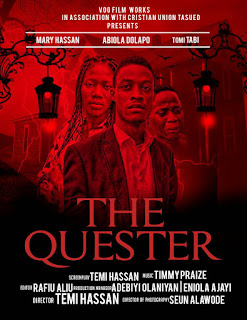 “Technically I think we are growing but presently we have a very weak distribution chain, and whole process of production isn’t complete yet until the film gets to people’s homes. As per messages there’s been alot of improvement from where we used to be. Overall its been awesome. Our impact is growing,” he stated.

Hassan who wrote and directed the talk-of-the-town film titled ‘The Quester’ made this known recently during an interview with Gospel Film News. 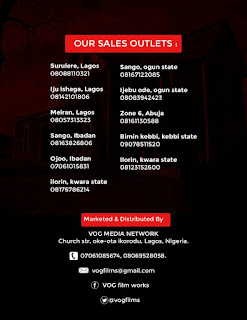 He disclosed that the talk-of-the-town movie centered on a young man from a village where no one has ever attended university. Fortunately he gained admission and much lies on his shoulder as the whole village looks forward to his success. His widowed mum awaits his success and also the church. So, his going to school became a quest for him with darkness leaning on his shoulder and light calling him.

The movie according to the director is a blend of drama/tragedy and the intention is to educate the youths and parents on the things going on in most tertiary institutions.

Hassan noted that “the movie is a timely message because as we speak alot of killings and other immoral acts goes on in our institutions.”

The Quester which was written and directed under a growing faith-based production company, VOG film works was shot in 2016 and released on DVD in 2017.

Presently, it’s available on DVD in our sales outlets.